Yale rescinds admission of a student whose family paid $1.2 million to get her in 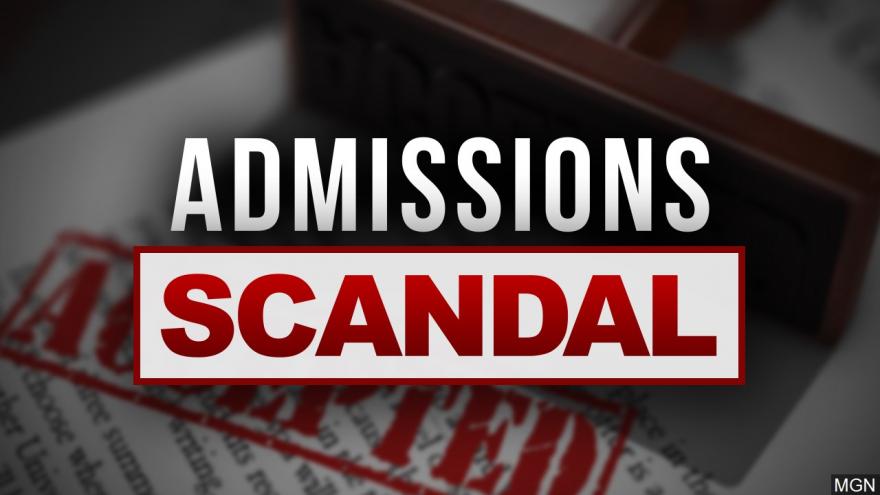 (CNN) -- Yale University has rescinded the admission of a student who was admitted as part of the ongoing college admissions scandal, the first instance of a school doing so since the scheme became public two weeks ago.

Yale has said two people applied to the university with fraudulent athletic endorsements from women's soccer coach Rudy Meredith. One was denied admission despite the endorsement, and the other was admitted and was attending Yale, the university said on its website.

A Yale spokesman did not provide any more information on the student.

The decision comes as Yale, USC, UCLA and other major universities deal with the fallout from the sprawling scandal. Prosecutors have arrested 50 people, including 33 wealthy parents, for carrying out a scheme to cheat on standardized tests and/or bribe college coaches, who then helped the prospective students gain admission by falsely claiming they were athletic recruits.

The mastermind of the scheme, Rick Singer, is cooperating with prosecutors and has pleaded guilty to charges of racketeering, money laundering conspiracy, conspiracy to defraud the US and obstruction of justice.

Meredith is also cooperating with prosecutors and has agreed to plead guilty to honest services wire fraud and related charges, according to court documents.

Little is known about the identity of the Yale student who was admitted. The student is identified in court documents only as "Yale Applicant 1."

As part of the scheme, Singer helped create a false athletic profile for the student, court documents state. Singer sent that fake profile to Meredith, who then falsely designated the applicant as a women's soccer recruit to help her gain admission to Yale, according to a criminal indictment.

The applicant's parents paid $1.2 million to Singer for the arrangement in the spring and summer of 2018, and Singer mailed Meredith a check for $400,000 after the applicant was admitted to Yale. The parents are not named in the complaint.

In April 2018, Meredith solicited a bribe from the father of a second applicant, but the meeting was an FBI set-up, according to court documents. He began cooperating with federal investigators that same month, and resigned as coach in November 2018.

Yale had signaled that it would rescind the student's application in a Frequently Asked Question section of its website from March 15.

"On the very rare occasion when Yale receives an allegation that a current student included false information in an application, Yale gives the student the opportunity to address the allegation," the website said.

Yale spokesman Tom Conroy said last week there won't be any delay in admissions decisions for the 2019-2020 academic year despite the scandal.

USC has said six students in the current admissions cycle would be denied, and other universities implicated in the scandal have said they will review those who were accepted based on fake applications.