Yes, unemployment benefits will still be paid even if state funds run out 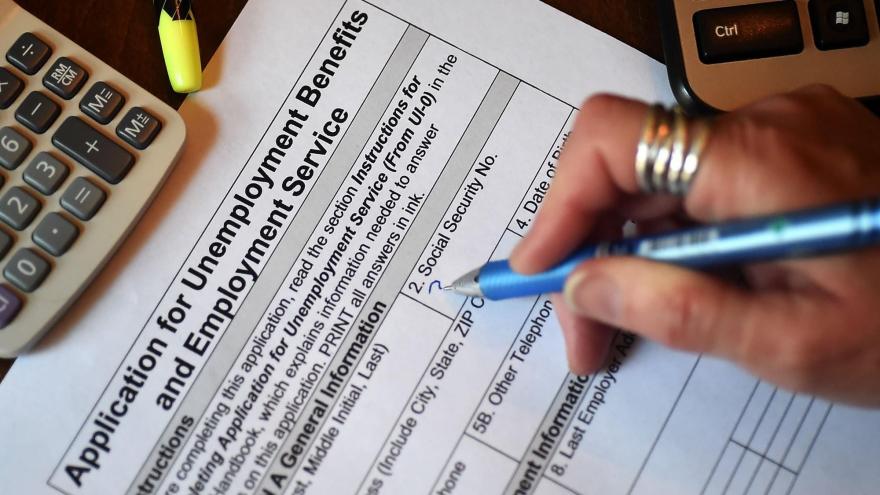 (CNN) -- A growing number of states are turning to the federal government to help pay unemployment benefits to millions of Americans left jobless by the coronavirus pandemic.

Though several state unemployment trust funds are running dry and states are facing big budget shortfalls, the cash crunch won't affect those applying for or receiving benefits -- they'll get their weekly checks regardless of their state's financial situation.

A record 20.5 million people lost their jobs in April amid the nation's self-imposed shutdown, which is only starting to lift now in certain places.

California is currently the only state to have taken out a federal loan to fund its unemployment claims. The Golden State's balance is $1.4 billion, but it is authorized to draw as much as $4 billion this month, according to the Treasury Department. The state has processed 4.1 million claims since mid-March and paid a total of $8.9 billion in state and federal benefits.

Along with California, eight other states -- Connecticut, Hawaii, Illinois, Massachusetts, New York, Ohio, Texas and West Virginia -- have also received authorization to borrow federal funds totaling $14.5 billion for May. But the total is higher since some have requested funding for additional months. New York, for instance, has received state authorization to borrow up to $4 billion in coming months.

States are required to pay their share of unemployment insurance, which typically lasts up to 26 weeks.

But they aren't on the hook for the historic expansion of the program that Congress passed in late March. The federal government is picking up the tab for the temporary $600 boost in weekly payments, the additional 13 weeks of benefits and the short-term expansion of eligibility to certain people affected by the coronavirus and to gig workers, the self-employed and independent contractors. The upgrade is projected to cost about $250 billion.

While states can defer interest on this year's borrowing, they may eventually have to pay it, and employers could face heftier taxes to cover that debt. Other choices: Issue bonds or draw down on other state funds -- which most can ill-afford to do as revenues dry up and gaping budget holes open amid the pandemic.

After the Great Recession, several states cut the generosity of their unemployment programs to minimize the tax hikes on employers. That could happen again when states emerge from this economic downturn.

"The bigger issue is that these are all things that will have to be repaid coming out of a recession when states are going to be hurting," said Dan White, director of public sector research at Moody's Analytics.