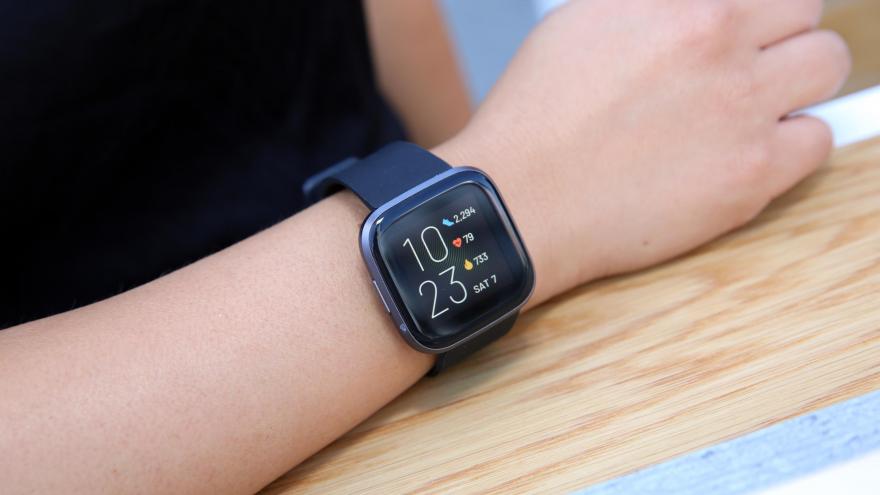 (CNN) -- That Fitbit you've been wearing could be doing a lot more than tracking your trips to the store. It may help health officials stop the flu from spreading, too.

Researchers working at the Scripps Research Translational Institute reviewed de-identified data from users wearing Fitbits -- the company's privacy policy allows for the potential use of de-identified user data for research -- and found that they were able to do real-time flu prediction at the state level.

This marks the first time heart rate trackers and sleep data have been used to predict the flu or any infectious disease in real time, according to the study authors.

From March 2016 to March 2018, the researchers looked at data from 200,000 users in New York, California, Texas, Illinois and Pennsylvania. Of those users, 47,248 of them consistently wore a Fitbit device during the study period. The average user was 43 years old and 60% were female.

Knowing that when a person has the flu, their heart rate tends to rise and their sleep patterns change, the study authors calculated users' average resting heart rate and sleep duration, and then looked for any deviations to them to identify when any measurements fell outside of a user's normal range.

After arranging the users by the state they resided, the researchers calculated the proportion of users above the threshold and it was compared to weekly estimates for flu-like illness rates as reported by the US Centers for Disease Control and Prevention.

The researchers were able to see improvement in real-time surveillance and influenza predictions at the state level.

The study was funded by the National Institutes of Health.

"Responding more quickly to influenza outbreaks can prevent further spread and infection, and we were curious to see if sensor data could improve real time surveillance at the state level," said study author Jennifer Radin, an epidemiologist at Scripps Research Translational Institute.

"We demonstrate the potential for metrics from wearable devices to enhance flu surveillance and consequently improve public health responses. In the future as these devices improve, and with access to 24/7 real-time data, it may be possible to identify rates of influenza on a daily instead of weekly basis," she said.

As traditional surveillance reporting can take anywhere from one to three weeks to report, it limits the ability to quickly enact response measures. However, the researchers believe that they may eventually be able to make predictions at the county or city-level with more data.

"Clinical researchers are using wearables to pioneer new ways around how we understand, prevent and treat disease and identify better approaches to keep people healthy and deliver more meaningful health outcomes," Fitbit said in a statement to CNN.

"Our research relationship with The Scripps Institute, which was announced in early 2019, is one example of that. We're excited by the potential wearables can play in helping to better predict the flu and the positive impact that can have on both those with the flu and the healthcare system," the company said.

Twenty percent of children under five and approximately 7% of working adults get the flu each year, and it results in 650,000 deaths worldwide annually, according to the study.