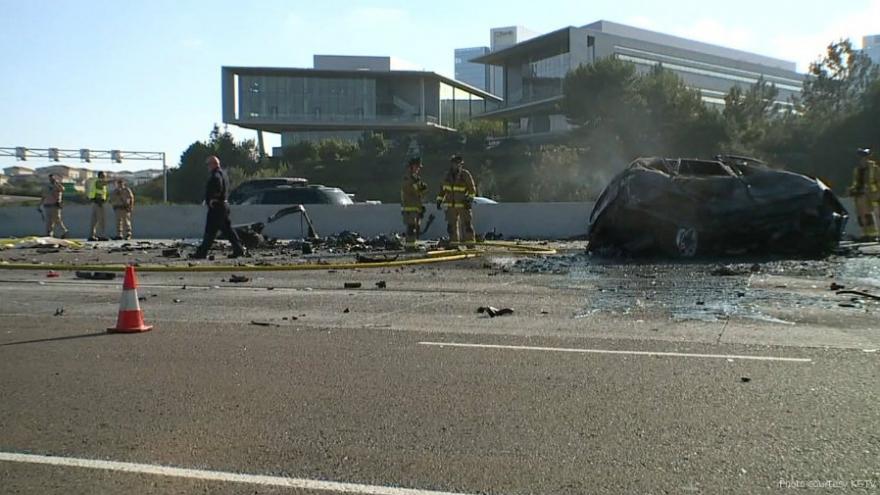 SAN DIEGO (KGTV) -- An autopsy report released on Trevor Heitmann, the teenager known as "McSkillet" on YouTube, is revealing details about what happened before he crashed his vehicle on Interstate 805.

The statement means hours before Trevor Heitmann drove his car down the freeway killing two people, police were at his house.

"Even though police are trained to identify mental health issues and mental illness issues they just can't take someone off the streets unless there is such conduct to warrant it,” said attorney Kenneth Rosenfeld.

Rosenfeld, who has no connection to this case, explained law enforcement does have the ability to detain someone using the 51-50 law. It would allow someone to be involuntarily detained for a psychiatric hold for up to 72 hours.

Conduct in many cases needs to be observed. Just saying someone is acting out of nature isn't always good enough.

“Police officers are not psychologists or psychiatrists,” he said. “They do their best, but usually when someone’s conduct or behavior is so erratic, that’s when they can factor into the idea that this is probably someone worth taking it.”

Police dispatch logs show units arriving at the Heitmann home just after 8:00 a.m., Aug. 23, the morning of the crash.

At 9:14 a.m., notes say, “based on statements from parents, there was no credible threat and Subject did not meet 5150 criteria. Parents advised if we went in house to ask subject if he would voluntarily go to hospital, subject may become violent. We did not encounter subject. Dad advised that he convinced son to go talk to doctor later today.”

Aileen Pizarro and her 12-year-old daughter Aryana were killed instantly.

Team 10 reached out to the San Diego Police Department about the report but they didn’t have any comment beyond what’s in the dispatch logs.