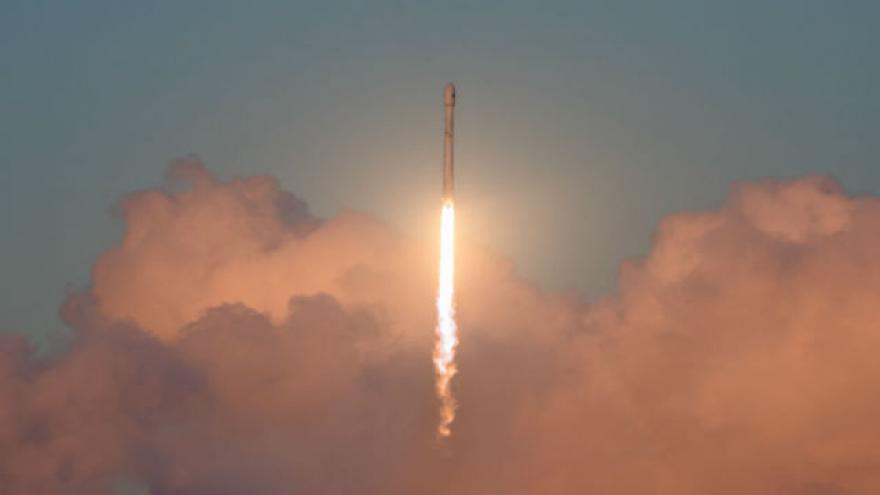 (CNN Money) -- A secret spacecraft launched by a SpaceX rocket on Sunday failed to enter a stable orbit and was lost.

But the spacecraft apparently did not separate as it was supposed to from the upper stage of the rocket and did not reach a stable orbit, according to a U.S. administration official and two sources who were briefed on the matter. The sources would not confirm what exactly the payload was, saying it was classified.

The mission itself was shrouded in secrecy even before it failed to enter a stable orbit. The government agency that ordered the spacecraft has not been disclosed.

In a statement, the Department of Defense said, "As a matter of policy we do not comment on classified missions."

It was not immediately clear if the failure of this mission was due to problems with the SpaceX rocket, or with the Zuma spacecraft. SpaceX issued a statement Tuesday suggesting that its rocket performed as designed.

"After review of all data to date, Falcon 9 did everything correctly on Sunday night," said the statement from Gwynne Shotwell, president and chief operating officer of SpaceX. "If we or others find otherwise based on further review, we will report it immediately. Information published that is contrary to this statement is categorically false. Due to the classified nature of the payload, no further comment is possible."

"Since the data reviewed so far indicates that no design, operational or other changes are needed, we do not anticipate any impact on the upcoming launch schedule," Shotwell added. "Falcon Heavy has been rolled out to launchpad LC-39A for a static fire later this week, to be followed shortly thereafter by its maiden flight."

Falcon Heavy is SpaceX's massive new rocket that will boast three times the thrust of the Falcon 9.

The fact that SpaceX says the Falcon Heavy launch will move forward as scheduled also indicates there were no issues with the rocket. When SpaceX has had mishaps in the past, it's grounded the company for months.

Because of Zuma's secrecy, SpaceX didn't live stream the entire mission as it typically does. But it did show both the launch and the landing of the first stage of the Falcon 9 rocket back at Cape Canaveral.

This is not the first time a payload was lost on a SpaceX mission. On September 1, 2016 a SpaceX Falcon 9 rocket exploded while preparing to test fire its engines, destroying the Amos 6 communications satellite atop the rocket that was to be used by Facebook. Additionally, a SpaceX rocket carrying supply missions to the International Space Station for NASA exploded in 2015. However, the company has completed more than ten successful supply missions to ISS.

The loss of a government payload comes at a bad time for SpaceX, which was founded by Elon Musk, who is CEO of both the privately-held rocket company and electric car maker Tesla.

It has been competing with other private companies to launch more military payloads. And it plans to carry its first astronauts into space in its Dragon space capsule later this year. Since the last Space Shuttle flight in 2011, NASA has relied upon the Russian space agency to carry U.S. astronauts to the ISS.