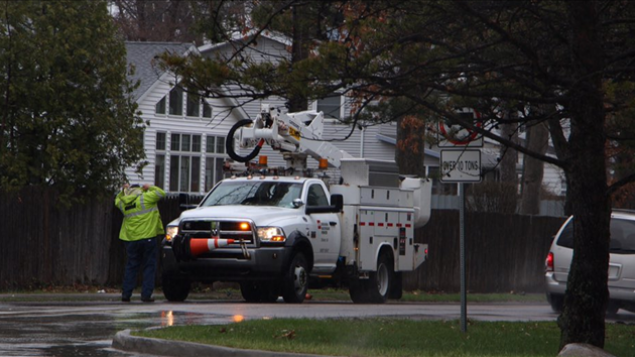 As many as 1,100 customers were without electricity in Elkhart Sunday because of a crash into a utility pole, according to our reporting partners at The Elkhart Truth.

The single-vehicle crash involving a minivan happened at Bristol Street and Jeanwood Drive on the city’s east side.

The incident occurred at 2:30 p.m. and it took about two hours for the power to be restored.

A spokesman for Indiana Michigan Power said the outage occurred when a car hit a utility pole. Elkhart police spokesman Sgt. Chris Snyder said officers responded to a call for a mini van leaving the scene after striking the pole.

Crews were still on the scene more than an hour after it was first reported.