Today's temperatures are in the 30s. By next Monday we could rise well into the 40s.

However, just one year ago today a ridiculously cold arctic air mass began to invade the Great Lakes and Midwest. It was some of the absolute coldest air ever witnessed in the area. 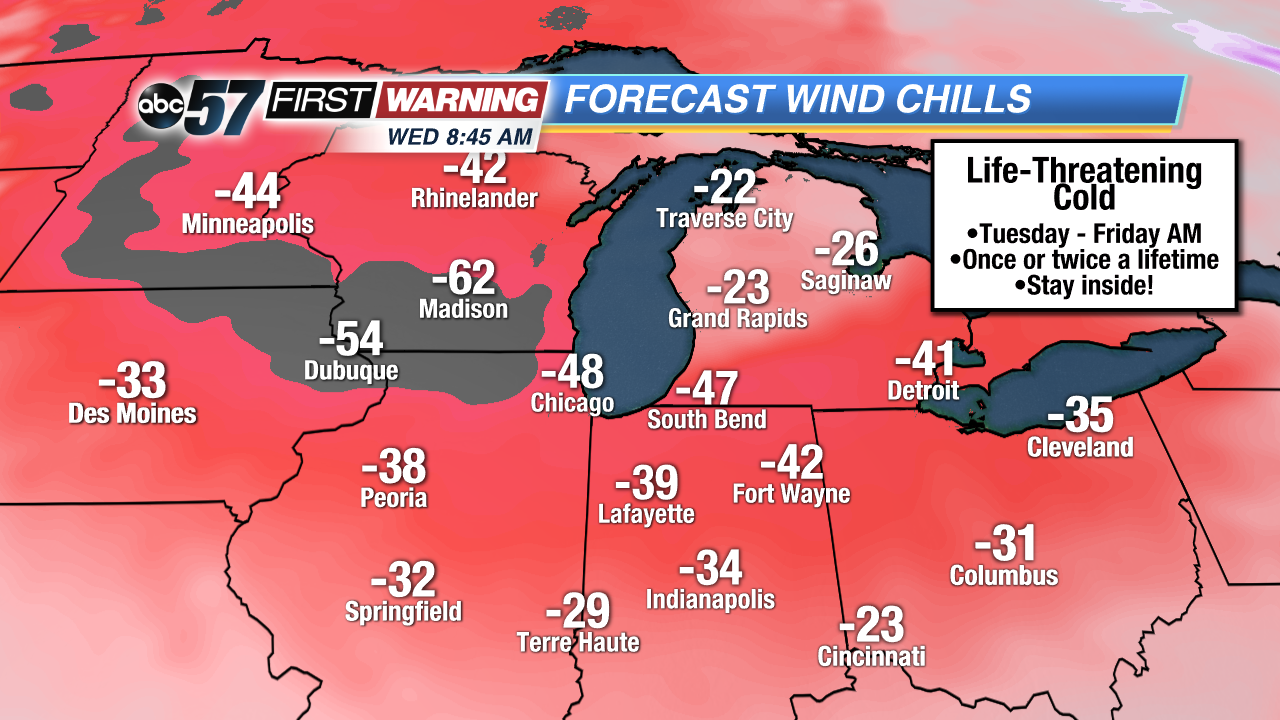 Forecast wind chills during the Polar Vortex invasion of 2019.
Wind chills dropped to extremely dangerous levels, with January 30th and 31st being the absolute worst. 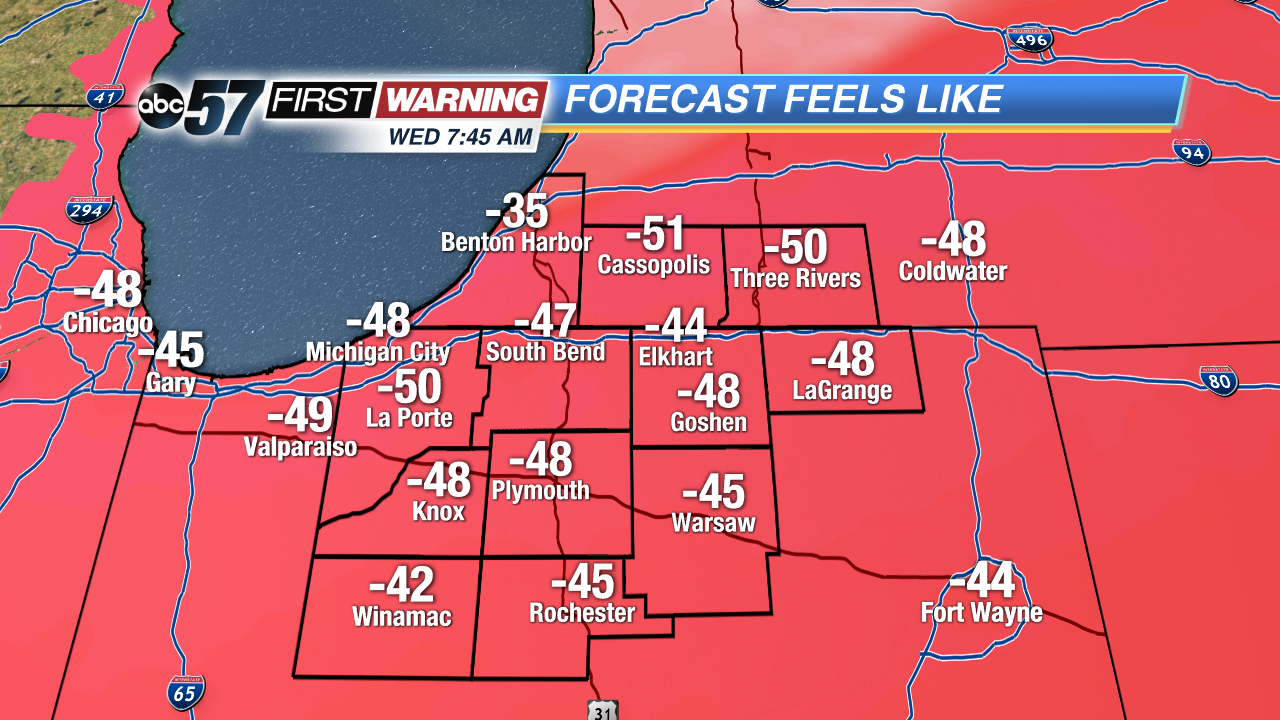 Forecast wind chills during the Polar Vortex invasion of 2019.
Wind chills fell to -35° to -50° across northern Indiana and southern Michigan, marking some of the most brutal cold to ever strike Michiana. 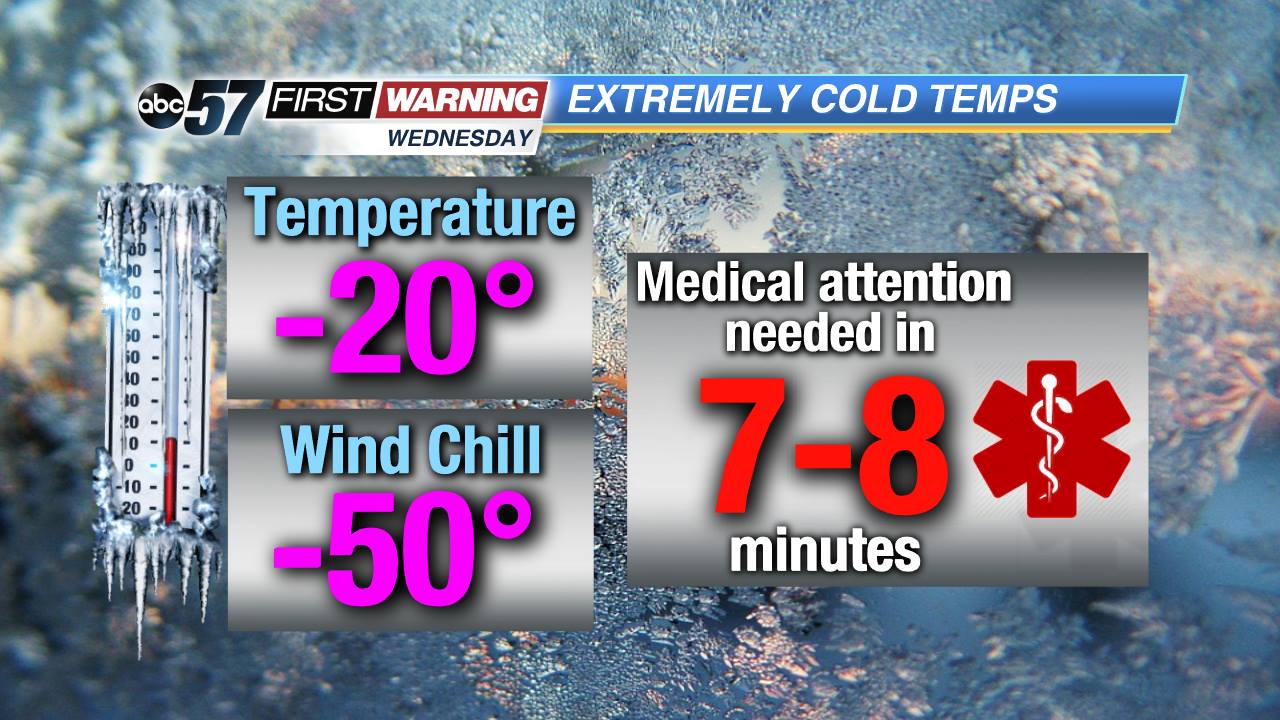 With wind chills that low, it was too dangerous to spend even minutes outside. Schools, colleges, universities, businesses, government buildings, and cities simply shut down on both January 30th and 31st.

At the peak of the cold, medical attention would have been needed in as little as 7-8 minutes if someone were to be outside. 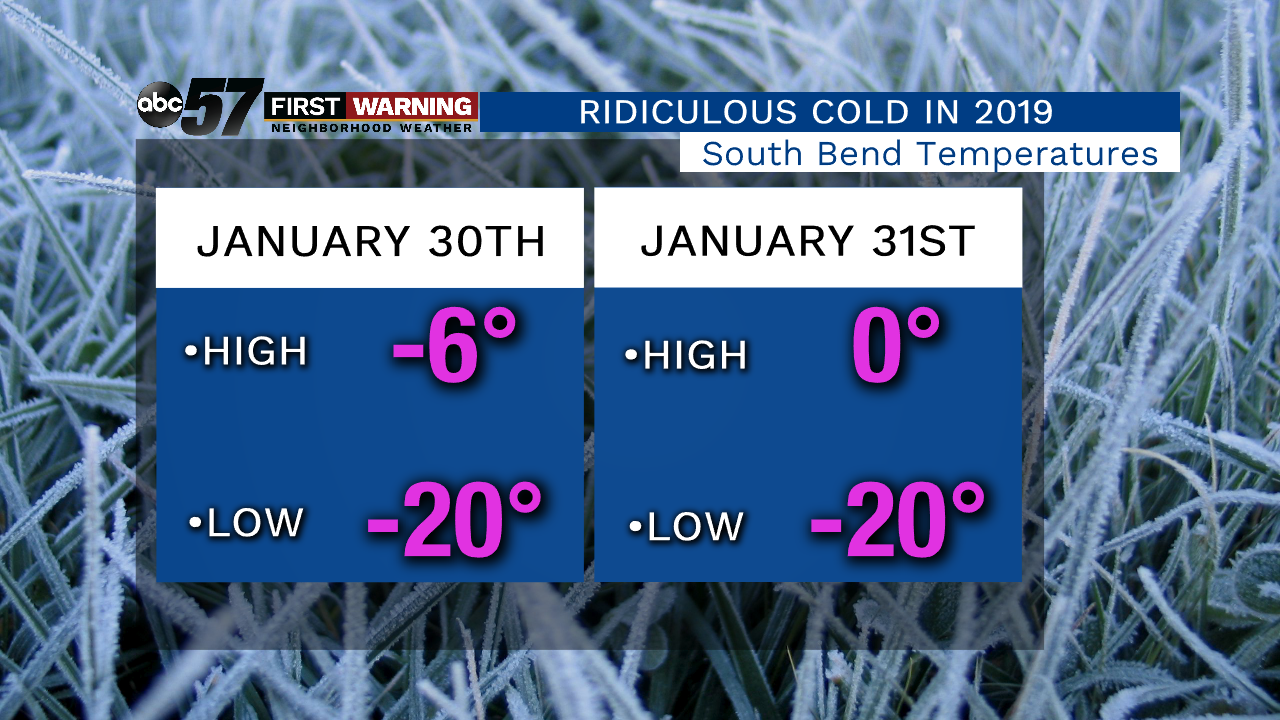 Multiple records were set across the Midwest and Great Lakes, not just in the wind chill department. Actual air temperatures -- both daily highs and lows -- threatened or broke records at locations in Minnesota, Iowa, Wisconsin, Illinois, Indiana, and Ohio.

In South Bend, we came just two degrees shy of the city's all-time coldest temperature ever recorded of -22°. 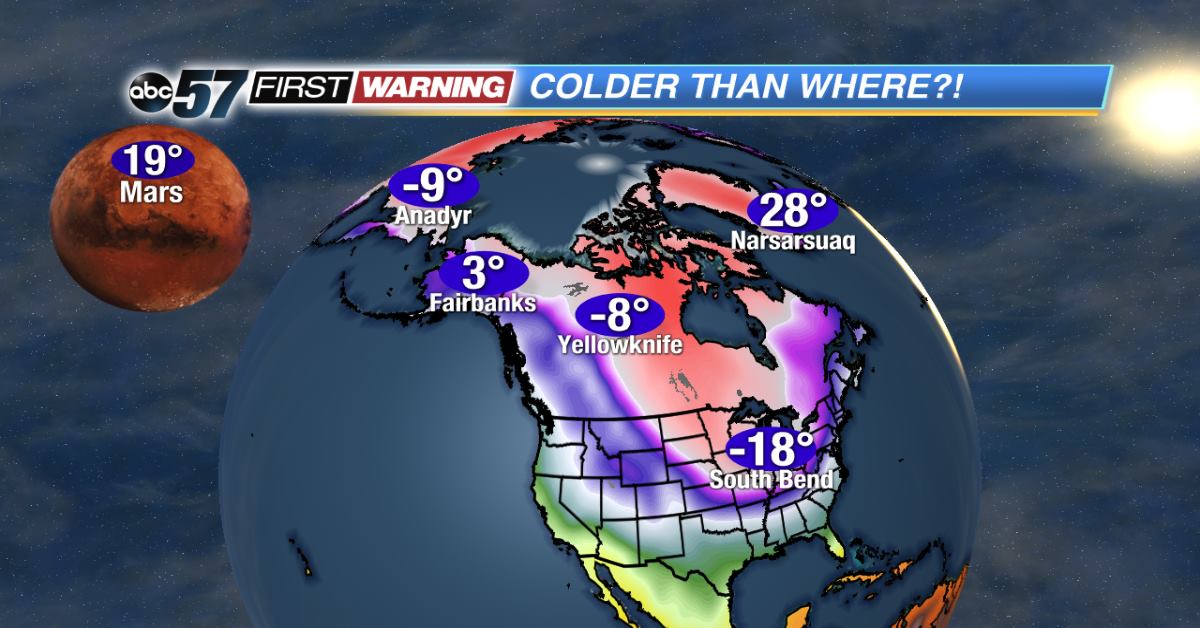 Actual air temperatures were colder than parts of Canada, nearly all of Alaska and other typically colder locations.
States of emergency were even declared as the extremely dangerous cold gripped the region and wound up turning deadly in several states.

The absolute coldest air temperature recorded in the contiguous United States was a jaw-dropping -56° in Cotton, Minnesota. The coldest wind chill recorded was -66°, also observed in Minnesota. 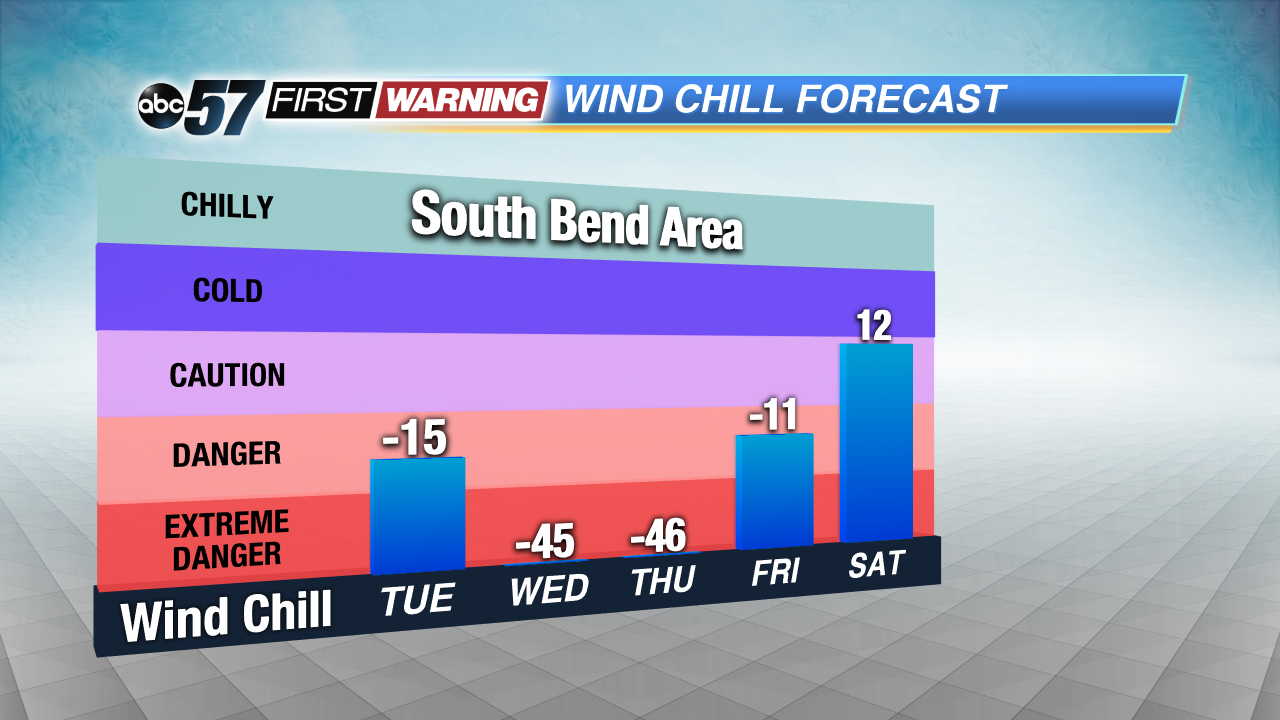 The wind chill temperatures broke our scale.
In Illinois, the thermometer read -38° in Mount Carroll at one point, which is now the coldest temperature ever recorded in the state.

It's truly once-in-a-lifetime cold that invaded the region. It's very possible we don't see temperatures or wind chills that low ever again!