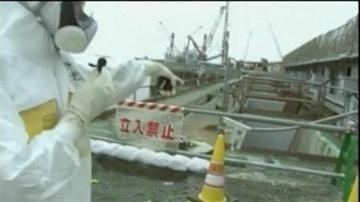 One-hundred tons of contaminated water has leaked from a holding tank in Japan and seeped into the ground.

Officials at the Fukushima power plant say they shut off the water flow into the tank and the radioactive water leak has stopped.

The company says they do not believe any of the water leaked into the Pacific Ocean.

The power company has struggled to contain contaminated water since the earthquake and Tsunami set of meltdowns at three of the plant's reactors back in 2011.