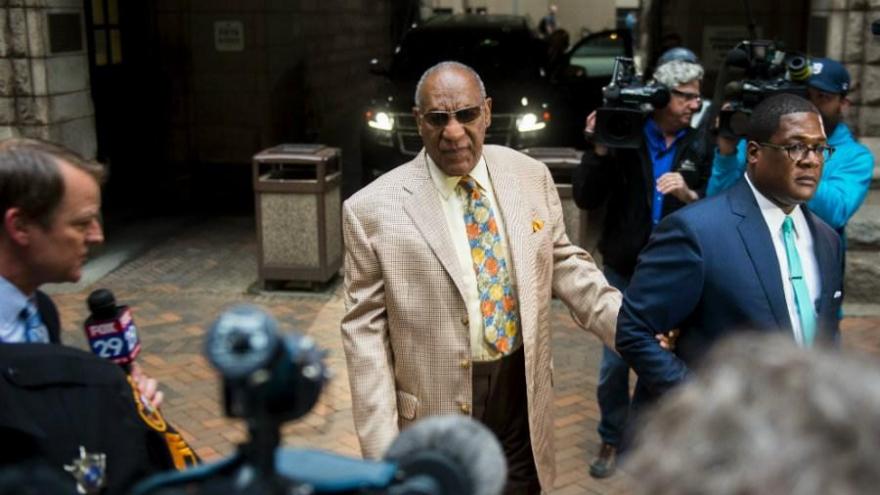 (CNN) -- Eleven jurors have been picked thus far for the Bill Cosby trial after the second day of jury selection at the Allegheny County Courthouse in Pennsylvania. Cosby faces sexual offense charges that could land the former comedian in prison.

Seven jurors are white men, three are white women and there is one black woman.

The full jury will include 12 jurors and six alternates. They will be bused and sequestered in a hotel for the length of the trial, which is expected to last two or three weeks. The trial is set to begin June 5 in Montgomery County, north of Philadelphia.

"We made a lot of progress today," Cosby defense attorney Brian McMonagle said Tuesday outside of the courthouse. "We're looking to finish the process tomorrow, and we are hopeful that we'll be able to do so."

Cosby, 79, is charged with three counts of felony aggravated indecent assault from a 2004 case involving Andrea Constand, an employee at his alma mater, Temple University. He has pleaded not guilty to all charges.

Constand was the first of more than 50 women who accused Cosby of sexual misconduct, but this is the only criminal trial Cosby has faced. Many allege he drugged and sexually assaulted them.

Cosby does not plan to testify in his own defense, he told CNN host Michael Smerconish last week.

If convicted, he faces up to 30 years in prison.

Judge Steven O'Neill granted a request from the defense that jurors come from another Pennsylvania county back in February. But the judge denied a request to move the trial from Montgomery County, which Cosby had sought due to pretrial publicity.

Cosby, who has been present in court for the selection of his jury, is always escorted by a member of his team. Cosby is "legally unsighted" due to problems linked to glaucoma, he told Smerconish. He has declined to answer questions as he's come and gone from court.