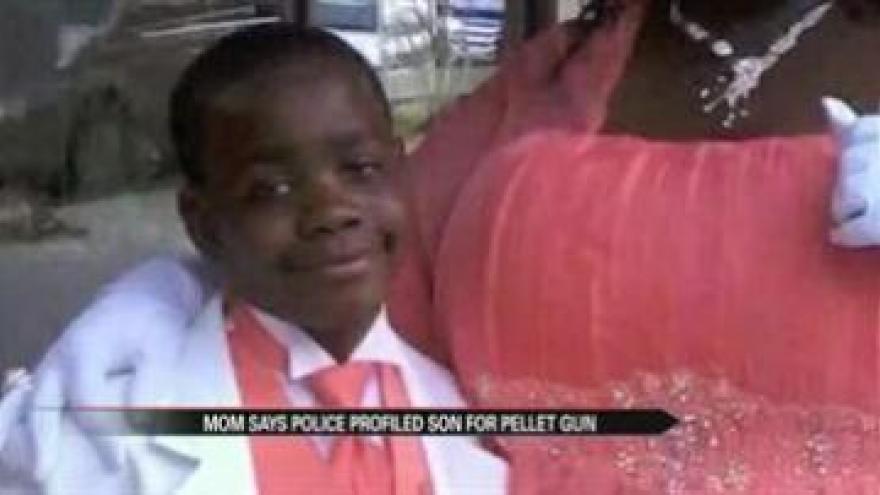 SOUTH BEND, Ind. -- A misunderstanding almost turned into a tragedy Tuesday night. A group of kids were outside playing when neighbors mistook their plastic pellet guns for the real thing and called police. When the police officer arrived, there was a confrontation and a 12-year-old ended up in handcuffs.

"Some of these kids out here are whack. They're out here on different drugs and stuff, but Destefano is not," said Kartika Phillips-Halbert

"She came cocky. She was cocky from beginning to end," said Phillips-Halbert.

Phillips-Halbert says her son and a group of kids were outside on Meade Street playing cops and robbers when a neighbor called police.

The responding officer arrived and told 12-year-old Destefano to put his hands up.

According to Phillips-Halbert, police asked Destefano if he had a weapon. She says he said it was fake and pulled it out to drop it.

The officer says he pointed the gun at her in the process.

Phillips-Halbert says Destefano attends church, is a basketball player, and a member of Boy Scouts. She says he wouldn't do that.

"There's something else going on because he has two strikes against him. He's black and he's a boy, and that's how I feel in my heart," said Phillips-Halbert.

Destefano has been released from the Juvenile Justice Center. He could face a charge of criminal recklessness.

We reached out to South Bend Police to try and get their side of the story and to find out the legality of pellet guns, but we have not heard back.