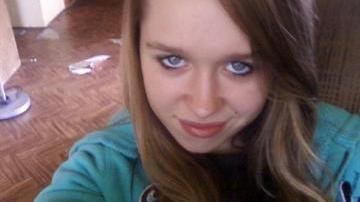 BERRIEN COUNTY, Mich. -- A judge ruled that 16-year-old Destiny Cougar Coulson will remain in juvenile custody until it is decided on whether or not she will be tried as an adult.  She is accused of killing her 21-year-old boyfriend David Quinn by shooting him in the face with a shotgun.

"Even a 5-year-old knows not to blast someone in the face," said neighbor Henry Breyen.

Friend of the family and neighbor Henry Breyen said he hopes 16-year-old Destiny Coulson is tried as an adult.  Still, he says it is hard for him to imagine a sweet looking girl committing such a gory crime.

"I only saw her once she looked like a cute little girl with long blonde curly hair," said Breyen.

Breyen said Quinn's parents moved out of the house at the beginning of the year, because it was being foreclosed upon.  But he said in the last couple of weeks, he saw Quinn and Coulson meet up there a few times.

Then eary Tuesday morning he and his wife saw a swarm of cops outside of the home.

He said he was sad to hear the deceased was D.J. Quinn.

"I watched him grow from a little boy 3, 4, 5-years-old, said Breyen. "I watched him run back and forth to grandma and grandpa's house. I'm very sad for him."

Breyen said he is more sad for Quinn's parents having to bury their only child.

February 10th, Coulson will be back in court to find out whether or not she will be tried as an adult.