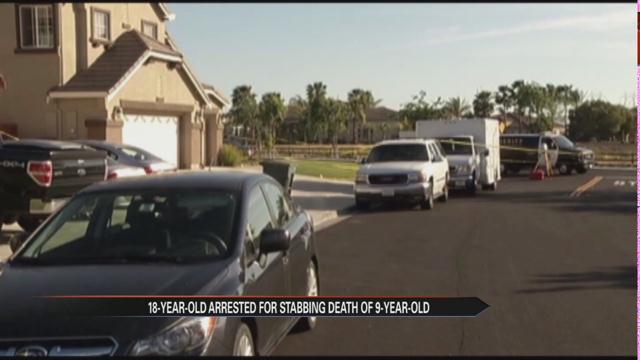 Police have arrested a 18-year-old man in connection with the stabbing death of a 9-year-old California boy.

Sheriff's Deputies in Discovery Bay arrested William Schultz Sunday when they responded to the stabbing.

Deputies were told a family member had taken the 9-year-old to the hospital, where he later died.