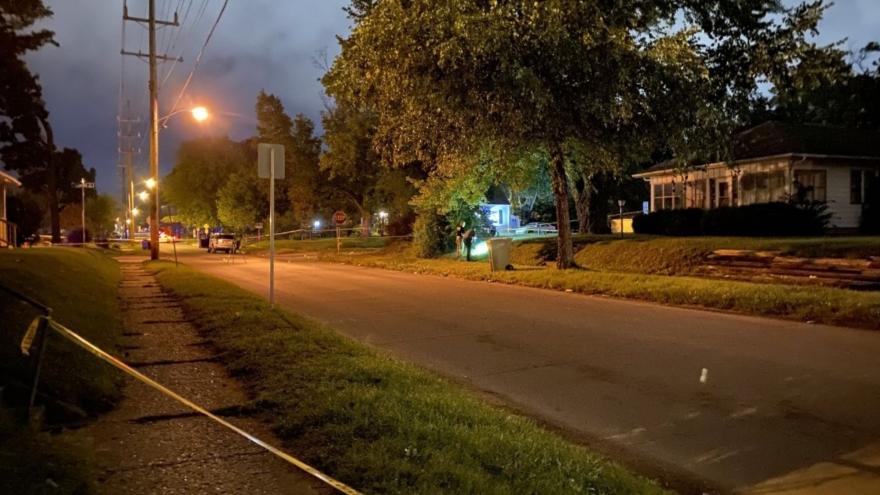 ST. JOSEPH COUNTY, Ind. – A 19-year-old has been charged with attempted murder, aggravated battery, and criminal recklessness for his alleged involvement in a shooting that injured 16-year-old Tyler Brown in October, according to the probable cause affidavit.

On October 7, officers with the South Bend Police Department were called to the intersection of Johnson and Elwood for reports of a shooting.

When officers arrived, they found a silver GMC Yukon with gunfire damage to the body of the vehicle. Police found two people inside the vehicle, one of whom had a gunshot wound to the head.

The victim, later identified as Tyler Brown, who was 15 at the time, was taken to the hospital for emergency brain surgery and listed in grave condition.

Investigators with the St. Joseph County Metro Homicide Unit proceeded to take over the investigation.

Investigators spoke with Anthony Brown, the father of the victim and the other person in the vehicle with Tyler, who said he was taking his son on driving lessons when the incident took place.

Anthony Brown told his son to stop at the stop sign for the other vehicle to pass. As that vehicle passed, Brown said he heard numerous gunshots, according to reports.

Brown also said bullets hit the windshield and he saw that his son had been shot in the head, according to reports.

Physical evidence showed that the shots came from the oncoming vehicle, as bullet damage was found on the driver’s side and on the front of the Yukon, reports said.

Spent shell casings and projectiles were collected from the scene and submitted for analysis.

This analysis determined that two firearms were fired at the scene and that one of them was consistent with a 9 mm handgun, according to reports.

Investigators also found a “weapon light,” which can be attached to a handgun, near the intersection of Johnson and Elwood in the vicinity of the casings.

In the Patty Lane shooting, a Yukon vehicle had been hit by gunfire.

Trueth Griffin, 19, was identified as the individual who had discharged the firearm in Elkhart, reports said.

Analysis of phone records showed that Griffin’s phone was in close proximity to the shooting on October 7 at the time of the shooting, according to reports.

An examination of Griffin’s Facebook showed that he had a firearm consistent with the weapon used to shoot Tyler Brown, according to court documents.

Facebook posts also showed that Griffin’s weapon contained a “weapon light” that is consistent with the light found at the October 7 scene, documents said.

Griffin posted on Facebook after the shooting that he was trying to sell a 9 mm Smith and Wesson MMP, which is consistent with one of the weapons that shot Tyler Brown, reports said.

Griffin was interviewed on December 22 and admitted to being present at the September 13 shooting and firing his 9 mm Smith and Wesson MMP on that day, according to reports.

He also confirmed that the phone number he had at the time of the Elkhart incident was the same number that pinpointed at the shooting incidents on September 20 and October 7.

A bond and arraignment hearing is set for December 27.