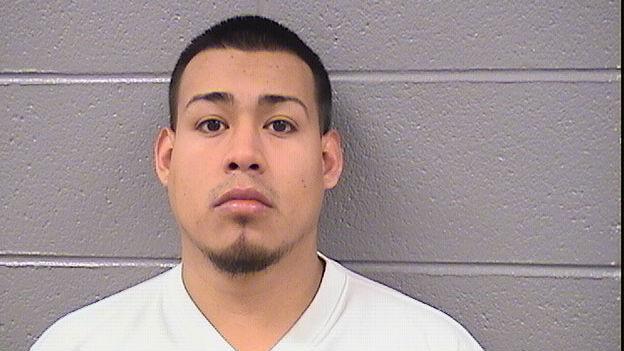 By Emanuella Grinberg and Sheena Jones

(CNN) - Two people were charged with multiple counts of murder Thursday in the deaths of six family members, two of them children, Chicago police said.

Three generations of the Martinez family were killed in their Gage Park home in a bloody rampage that shook veterans of the police force. Police spent 16 hours processing the bloody scene after responding to a call on February 4, Chicago Police Chief of Detectives Gene Roy said in a news conference Thursday.

One of the victims was fatally shot; the rest were beaten or stabbed to death, Roy said

Diego Uribe, 22, a cousin of one of the victims, and his girlfriend, Jafeth Ramos, 19, were each charged with six counts of murder in the slayings.

"For CPD officers and detectives it became personal as the Martinez family weren't repeat offenders or involved in illegal activity. They were a family like any other that went to work, went to school, loved each other and abided by the law," Superintendent Eddie Johnson said Thursday.

"In my 28 years I haven't seen a case that has hit as close to home for myself and so many others in this department than what was discovered on that cold Thursday afternoon in February."

The family knew Uribe and let the couple into the home, Commander William Dunn said. The couple got into an argument with Uribe's cousin, Maria Herminia Martinez, 32, and shot her, though it was not immediately clear who pulled the trigger.

After the shooting they went through the house, killing the rest of the family. Uribe was described as the main aggressor, Ramos "a participant in the events," Dunn said.

Cell phone records and social media posts connected the two to the crime. A break in the case came when police found DNA evidence linking Uribe to the scene, Roy said.

The deaths echoed far and wide, with the Mexican consulate in Chicago cooperating with authorities there and working with surviving relatives to fly all six bodies back to Mexico.

Neighbors in the working class southwest Chicago neighborhood remembered the victims as a tight-knit family.

"It was just really a shock," neighbor Adilene Magana told CNN in February. "It's just so horrible they would kill children."