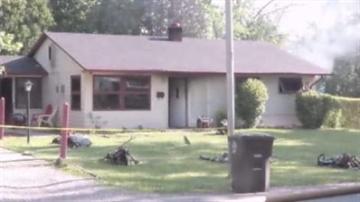 FORT WAYNE, Ind. — Two people are dead from a Fort Wayne fire that happened just before 9 a.m. Investigators now say that the fire is considered suspicious.

They aren't sure if it was accidental or if someone else was involved.

A passing motorist saw the fire and called 911. Firefighters were on scene within three minutes and found two people inside that home.