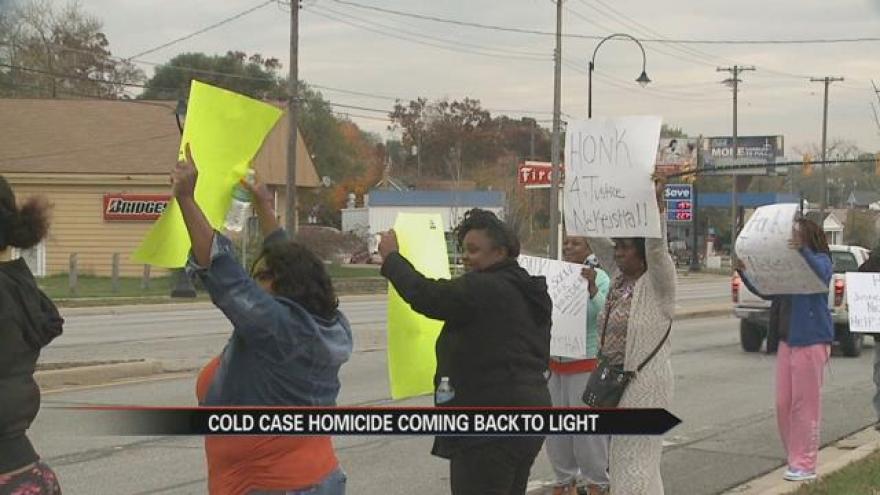 Michigan City police are asking witnesses to come forward with any information regarding the 2011 murder of 17-year-old NeKeisha Hodges-Hawkins.

Officials say on July 24, 2011 a private family party was being held at Memorial Park in Michigan City when a fight broke out just before 11 p.m.

As those attending the party were leaving, a second altercation began in the parking lot where an unknown third party fired shots, striking two people.

According to Police, Hodge-Hawkins was pronounced dead at the scene.

The other victim was taken to a local hospital for a gunshot wound to his leg.

Witnesses say there were approximately 150 people at the party.

On Tuesday, officials say even though they have had very little new information regarding Hodge-Hawkins’ death, new information has come forward on social media, which sparked a peaceful protest at the Michigan City Police Station.

“Sadly, this investigation is ongoing and we continually look for more information or witnesses to come forward. Given the large amount of people present at this homicide, we know there are witnesses to this murder and again we are asking those who saw the crime to come forward and assist the police in this investigation,” say Michigan City Police.

Police say, “Without the help of witnesses, the case cannot be solved and closure not given to the family.”

If anyone has any information regarding the murder of Hodge-Hawkins, contact Detective Jillian Ashley at 219-874-3221.