21 Killed in Baghdad suicide blast, weeks after deadliest in years 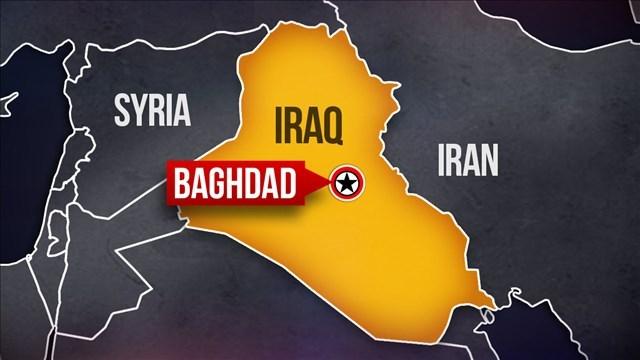 ABU DHABI (CNN) -- Terror once again struck the streets of Iraq's capital Sunday, after a suicide bombing killed at least 21 people in a residential neighborhood in northern Baghdad.

ISIS claimed responsibility for the attack on the predominantly Shiite neighborhood of Kadhimiya, which also injured more than 35 others, Iraqi security officials said.

The claim by ISIS was released by the terror group's media wing Amaq and on pro-ISIS social media accounts circulated by its supporters.

The bomb-laden truck smashed into a building housing a coffee shop and stores shortly after midnight, when the surrounding streets were packed with people who had been gathering after breaking their Ramadan fasts.

ISIS claimed responsibility for the attack in the Karrada district -- another mainly Shiite area.

Analysts say this demonstration of the terror group's capacity to strike at the heart of the capital may force a delay of the long-awaited government push to retake the northern city of Mosul, the largest city under ISIS control.

The Sunni terror group, which has carved out a self-declared caliphate in parts of Iraq and Syria, has been losing territory, most recently in the Iraqi city of Falluja.

The fallout from the Karrada attack included the resignation of Iraq's interior minister, Mohammed Salem al-Ghabban, who stepped aside two days later, citing a lack of "coordination among security systems" as the reason for his departure.

In an embarrassing admission, the government also had to order security personnel to stop using bogus bomb detectors that, for years, have been widely known to be useless.

CNN's Mohammed Tawfeeq and Kareem Kadder contributed to this report.