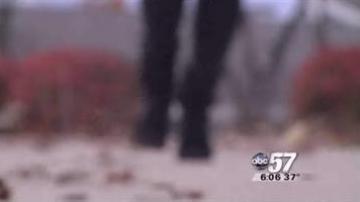 The young woman told neighbors she did something really stupid.  She says she had sex with two men she met on the internet.  Afterward they beat her up.  Early Tuesday morning, David Wiedling and his family woke up to a strange knock at their door.

“Her make-up looked disheveled like she had been crying for a long period of time.  She had obviously been very upset”, said neighbor David Wiedling.

A 21-year-old told them she had been attacked.

“She had answered an internet site and she had gone to see two guys and she confessed to him that she had sex with both of them.  Following the sexual encounter she said the guys kind of roughed her up”.

Wiedling isn’t sure why the woman knocked on his door for help.

“We have four cars in the driveway right now.  So, maybe, we thought, she thought safety in numbers”, said Wiedling.

He says they were worried about her, and offered to call police.

“She wanted help, she wanted a ride home”, said Wiedling.

Wiedling’s son told her he would call her a cab, but she said she didn’t have any money and left.  The Wiedlings called the police, who found the girl nearby and took her to the hospital.