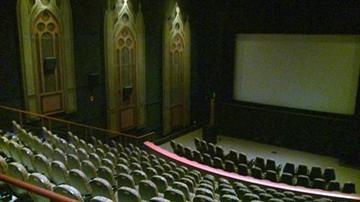 Every year tickets for the limited engagement sell out quickly, and this year moviegoers are raving about several of the student productions.

At just 5:47 seconds long, Worn Souls is one of the most memorable films of the bunch.

The playbill describes the short film as, “A touching and bittersweet tale of a couple’s journey through love and loss.” It was created by Siobhan Martinez and Jon Simpkins over a period of about a month.

The film has a twist of course that resonates with viewers, and many said the film touched them.

Any connection the audience makes with a film is music to the creator’s ears, so when Jon Simpkins heard people’s comments he was ecstatic. “It feels like the very beginning of reciprocity,” said Simpkins. “So many good movies have touched me over the years and it feels like, as a filmmaker, I can begin to give back in anyway, then that’s a good first step.”

Other films that people were talking about include Project Hopeful, Miller’s Vets, The Talker, and Some Serious Work.

The film festival runs through Saturday night, with nightly showings at 6:30 and 9:30 at the DeBartolo Performing Arts Center on campus.