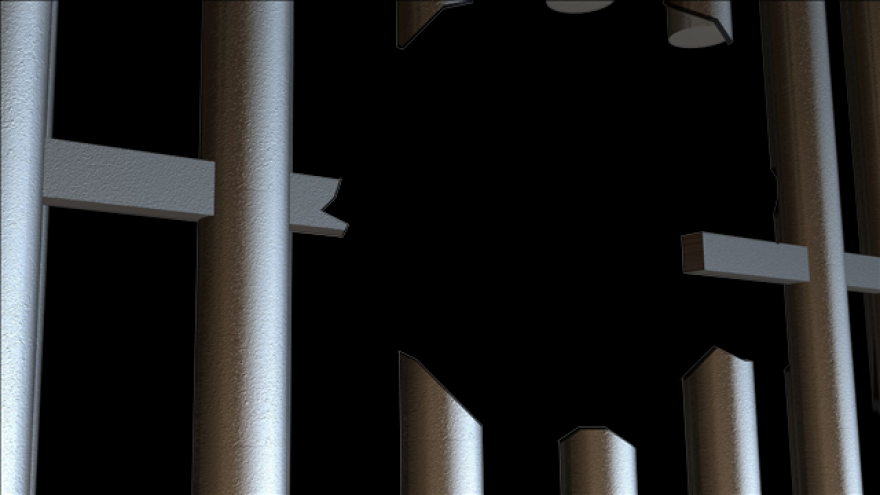 (CNN) -- At least two inmates are dead after prisoners in Brazil's Piraquara State Penitentiary 1 apparently blasted a hole through a wall and exchanged gunfire with police early Sunday, according to prison officials.

According to the Paraná Department of Public Security and Prison Administration, 28 prisoners escaped the penitentiary, which is in the Curitiba region of Southern Brazil, just over 500 miles (850 kilometers) southwest of Rio de Janeiro.

Around 5:30 a.m., two loud bangs erupted at the prison, blowing a hole in a penitentiary wall, through which prisoners attempted to escape, the department said.

About 15 heavily armed men outside the penitentiary provided cover for the escapees, clashing with police officers in guardhouses and with authorities moving in to provide support. Security forces were able to penetrate the penitentiary, preventing additional escapes, the department said.

During a sweep conducted after the shootout, police found two prisoners dead, alongside a 9 mm Uzi machine gun, a bag containing hundreds of 5.56-caliber rounds (typically used in M16 rifles) and a ballistic vest.

Police also found a tent containing food and drinks that was used by the men who provided cover for the escape.

During the escape, four men suspected of covering for the escapees took a woman hostage at a farm in Quatro Barras, about 6 miles (10 kilometers) north of the prison. They surrendered after an elite military police unit arrived on the scene.

Police confiscated three rifles and two pistols from the men and handed the prisoners over to the Special Police Operations Center.

Sunday's prison escape comes the day after another deadly riot and amid a bloody start to the year for Brazil's prison system. Two weeks into this year, there have already been six deadly prison encounters:

The new year ushered in the wave of violence when 56 prisoners were killed at the Anisio Jobim Penitentiary Complex in Manaus. The riots, which reportedly began over disagreements regarding drug trade in the prison, left men decapitated, their bodies thrown over the prison wall.
Four inmates were killed January 2 at the Prison Unit of Puraquequara in Manaus.
In Roraima state, 33 people were killed January 6 at the Agricultural Penitentiary of Monte Cristo.
On January 8, four prisoners were killed in the Desembargador Raimundo Vidal Pessoa public jail in Manaus.
And over the weekend, 27 men were killed during a riot at State Penitentiary of Alcaçuz, in Brazil's Rio Grande do Norte state, according to a government tweet. The riot, which began after clashes between two rival gangs, lasted 14 hours, ending Sunday morning, the state-run news outlet Agencia Brasil said.

Brazil has the fourth-largest prison population in the world, with more than 622,000 people behind bars, according to its justice ministry.

Many prisons are badly overcrowded. The Alcaçuz prison, for instance, has the capacity for 620 inmates but currently houses 1,083.

CNN's Flora Charner and Ralph Ellis contributed to this report.