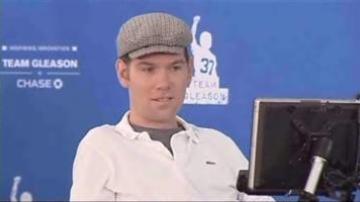 ATLANTA — Three sports radio hosts were fired for comments they made on the air about a former New Orleans Saints player.

The disease affects the nerve cells in the brain.

One of the hosts admits that they made a big mistake.

"You know, obviously you walk a fine line between trying to be somewhat on the edge and making sure that you're tasteful and enough and we blew it," said Steak Shapiro.

Gleason has not commented on the incident.