Imagine nearly 10" of snow falling in mid-October. Sound a little less than ideal? Well, it happened exactly 30 years ago.

Much of Indiana, Michigan and Ohio saw several inches of snow from October 19th to 21st back in 1989. That includes us right here in Michiana. 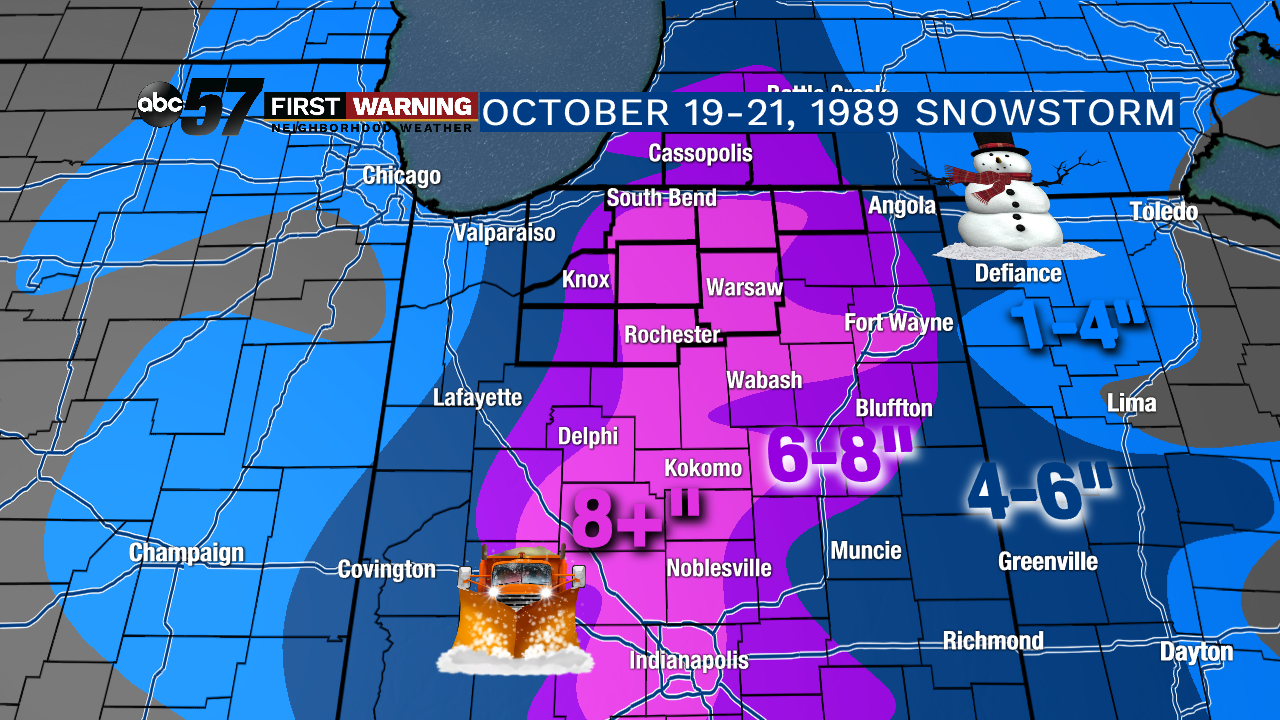 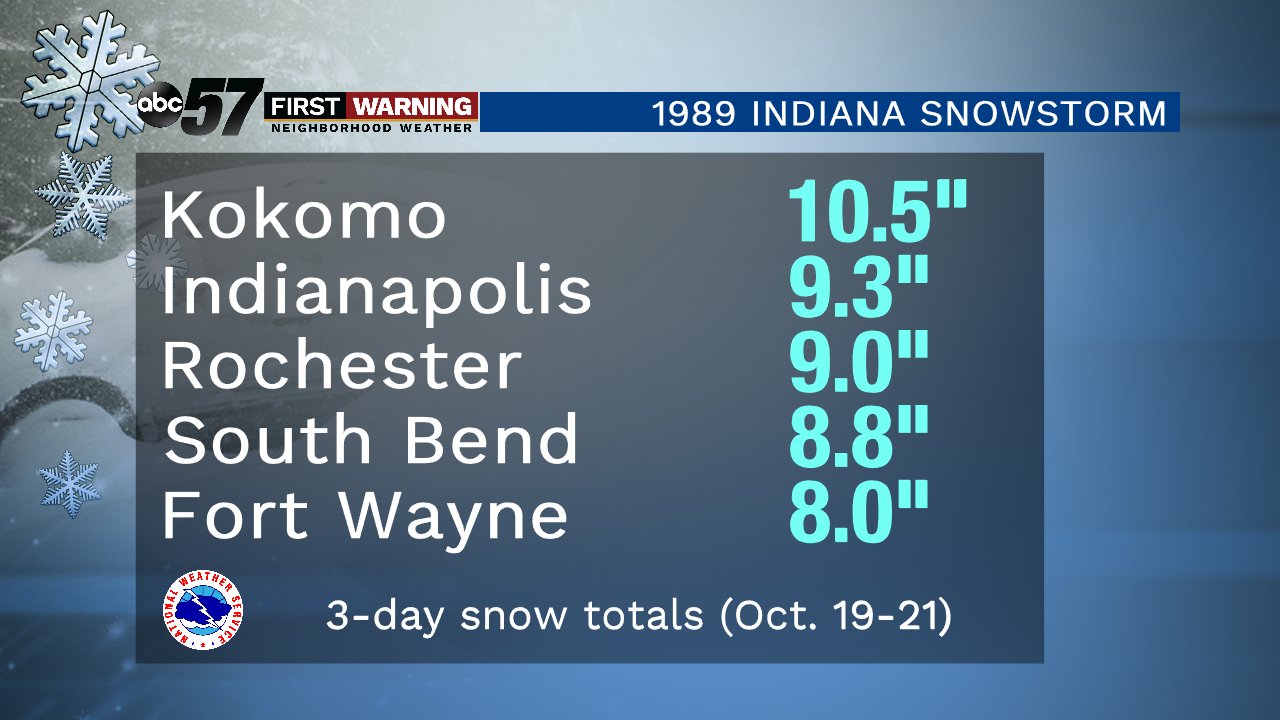 The highest recorded snow total came out of Kokomo, where a whopping 10.5" fell during the storm. Indianapolis saw 9.3" of snow, South Bend saw 8.8" and Fort Wayne received 8".

For perspective, South Bend averages less than one inch of snow during the entire month of October. 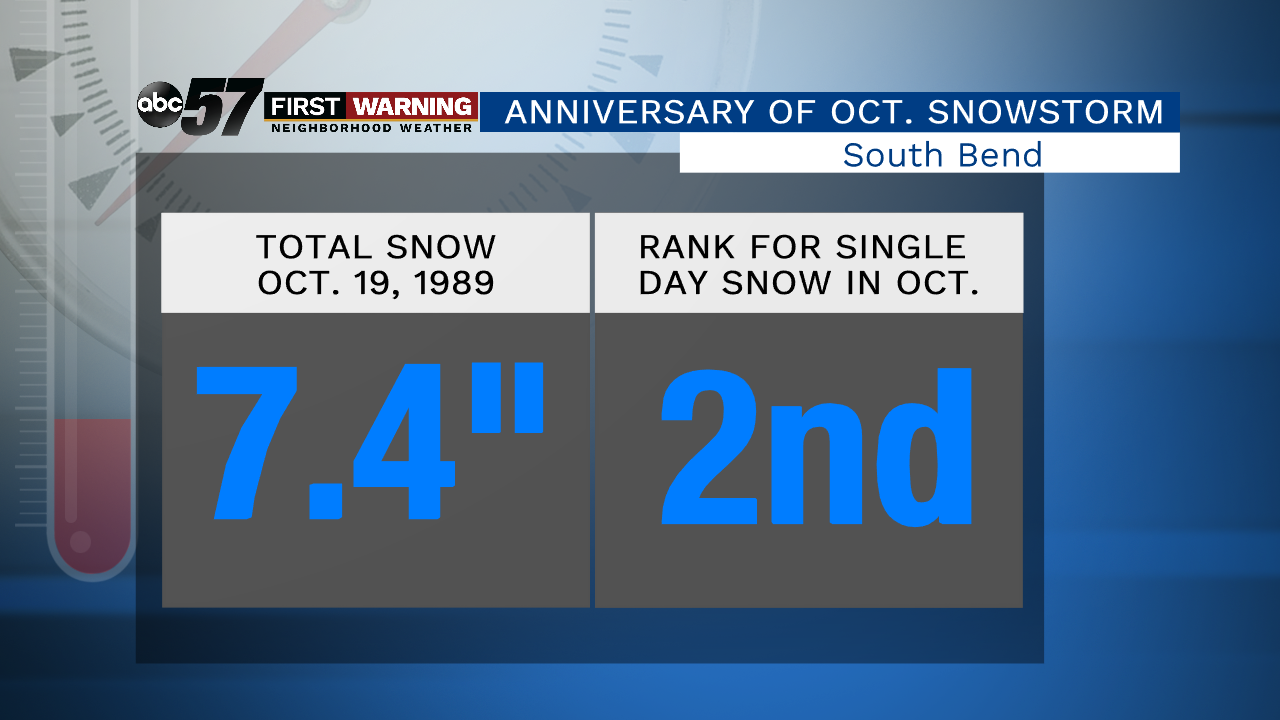 While the city's total snow accumulation was 8.8", a hefty 7.4" fell on October 19th alone. That is good for the 2nd-highest snow total on a single October day in recorded history!
Share this article: