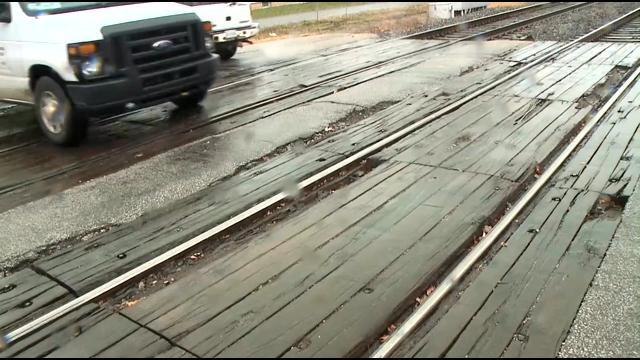 A risky railroad crossing in River Park is ripping up car tires. Canadian National said they would fix the problem in October but they ran into delays.

For residents who drive over the railroad crossing at 30th Street between East Hastings and Jefferson, it's a pretty bumpy ride.

Chris Glassburn said, “You pretty much just have to go ahead and run through the big gaping holes and hopefully not hit a spike in your wheel!”

ABC57 investigated the problem in August, but since then nothing has been done. The crossing has wood sticking out in several locations.

Glassburn said, "It will be an issue for them when a piece of wood comes out so large that it causes a derailment. Then they'll be worried about it. But that's just the way it goes.”

Canadian National said they are working on getting a road closure permit to fix the issues. Glassburn said he's fed up.

Glassburn said, "I contacted the railroad company this week and they're saying that they're waiting for permits from the city in order to shut down the road. So now once again it's just a waiting game.”

Many residents said the shocks and tires on their cars are damaged. Glassburn said, “Someone's dragging their feet somewhere and for probably money reasons they just probably don't want to spend money, time, resources, or shut down those tracks!”