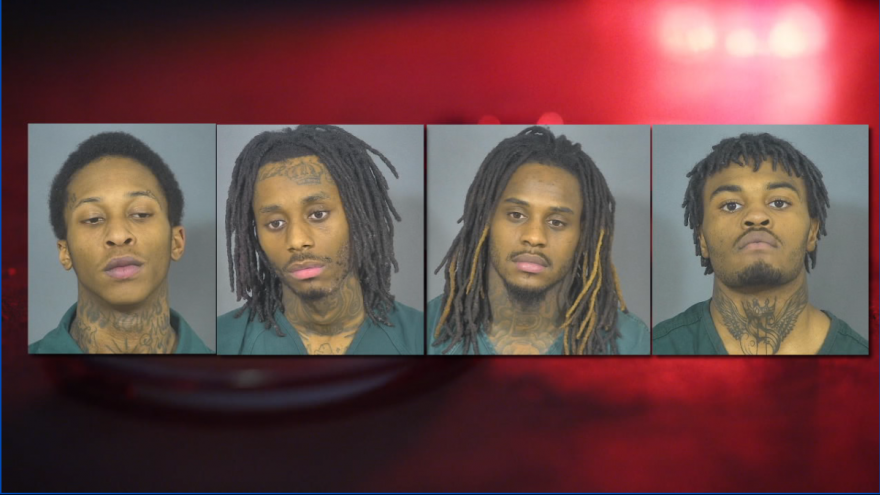 According to charging documents, Ankoma Kirk Jr., 19, Daviae McKinstry, 22, Wilbur Crawford, 26, and Kumar Bishop, 19, are all accused of kidnapping at man on Saturday around 2:00pm on North Blaine Avenue.

A witness saw the men holding guns in their hands before tucking them into their waist bands and walking up to the front door of a house on Blaine Avenue, according to documents. The charging documents say the men were with the son of a woman who lives on that street. They were heard yelling about $10,000 and a gun they believed was taken by that woman’s son. When nobody answered the door at the home, they forced that woman’s son into their SUV and took off down the road.

Police pulled the vehicle over shortly after, where they found the kidnapping victim and 3 guns in the SUV. One of the guns was reported stolen out of Kosciusko County. Another gun had the serial number “partially obliterated,” according to court documents.