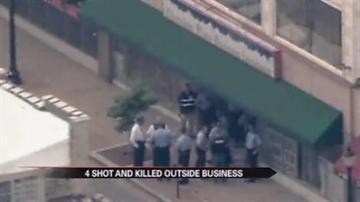 ST. LOUIS -- Police in St. Louis say three people are dead after a gunman began shooting inside a healthcare business early Thursday afternoon. He then turned the gun on himself.

Police believe it was all over an argument.

"[The argument] appeared to be brief. We don't know if this is from a prior thing that carried over today, or just initiated today," said St. Louis Police Captain Michael Sack.

Police say they believe the shooter was an employee at the home health care business and that this was a murder-suicide situation.