5 Children shot in a Chicago park 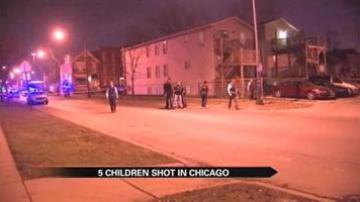 An 11-year-old girl is still in the hospital after she was shot twice in the face in Chicago. Five children between the ages of 11 and 15 were shot in the drive-by.

The shooting happened Sunday night in a city park.

According to witnesses, before the bullets rang out the group of girls were arguing as a car drove by asking them what gang they were in.

Police say before the girls could answer someone in the vehicle started shooting.

Over the weekend in Chicago 35 people were shot, 9 killed.

No arrests have been made in connection to the shooting of the young girls.