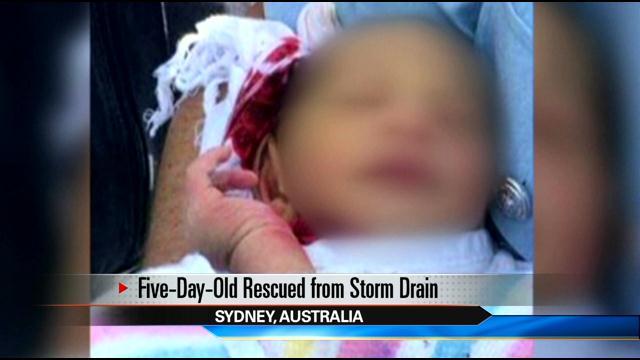 An Australian baby was hospitalized and his mother was charged with attempted murder after she allegedly left him alone in a storm drain.

When they discovered it was a baby, they rescued the five-day-old.

The baby's mother allegedly admitted to dumping him down the drain last Tuesday a day after giving birth.

Doctors say the baby survived on natural reserves of nutrients.

“This baby was incredibly lucky that it was left where it was. Because he was left in a natural incubator, not too hot, not too cold, and protected from weather and from predators. This is a very lucky baby, and I would be pretty upbeat about this baby's future,” says pediatrician Dr. Andrew McDonald.

The baby remains in serious but stable condition at a Sydney hospital.