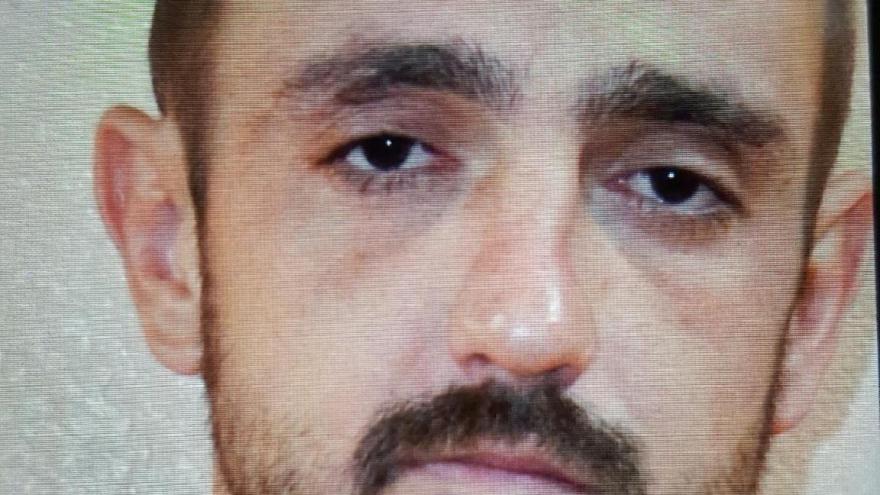 (CNN) -- A 4-month-old boy survived an attack that left five people dead, including a pregnant woman, at a home in southwest Alabama, authorities say.

Police found the infant at the home in Citronelle following the killings Saturday, said Capt. Paul Burch of the Mobile County Sheriff's Office.

The victims were killed using firearms and several other weapons, he said, without providing details on the types used.

A few hours later, Derrick Ryan Dearman, 27, turned himself in at a police station in his home state of Mississippi, authorities said. Investigators are working to determine his relationship to the victims.

Citronelle Police received a 911 call about a possible prowler at the home early Saturday morning.

When they arrived at the scene, they found nothing out of the ordinary, authorities said.

The prowler, believed to be Dearman, returned after 1 a.m. and allegedly killed the victims, according to Burch.

"In ... a 20-year career as a prosecutor, I have never seen a scene where there were five people brutally and viciously murdered. That's what we have here," Mobile County District Attorney Ashley Rich told CNN affiliate WALA.

After the killings, the suspect allegedly kidnapped a woman and a 3-month-old baby from the home, and drove to Mississippi, where he surrendered Saturday afternoon at the Greene County Sheriff's Office.

His abductees were with him when he turned himself in, and are safe and believed to be in good health, authorities said.

His extradition to Mobile County will start this week, Burch said.

Burch said there were multiple people in the home at the time of the killings. Neighbors told the affiliate that a brother, a sister and their families lived there.

The victims' names have not been released pending notifications of next-of-kin.

Dearman will be charged with six counts of capital murder to include the unborn child, Burch said.

Citronelle is a small community of 4,000 people. It's about 35 miles away from Mobile.