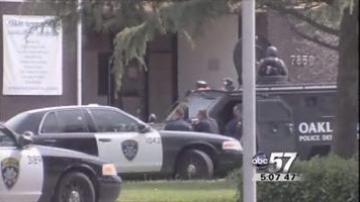 OAKLAND, Calif. – Seven people are dead and several others injured after another school shooting rampage.

It happened Monday, in Oakland California at Oikos University. Police are still trying to make sense of it all, but they say they've captured the gunman.

"Officers found several victims throughout the classrooms and throughout the building,” said Oakland Police Chief Howard Jordan. “There were several people hiding in locked buildings locked doors, behind desks, as you can imagine very frightened, very scared."

Police say the shooter is a 43-year-old man who is a Korean national and former student. They say he surrendered at a supermarket just a few miles away.