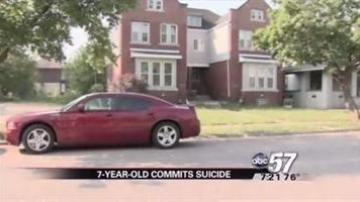 DETROIT -- Authorities in Detroit say bullying and parent's break-up caused a 7-year-old boy to take his own life.

His mom knew he was troubled and was trying to get him help, but it was too late.

Police sources say that the boy was also being bullied at school because he was the only boy in his home. He was also depressed over the recent seperation of his parents.

"I mean it was unfathomable to me that a 7-year-old even had the capacity to, you know, plant out a suicide. So obviously we are going to investigate it very intensely," Ralph Goodbee, police chief Detroit Police Department.

The investigators plan to go to the boy's school to see if the bullying was reported and who was involved.