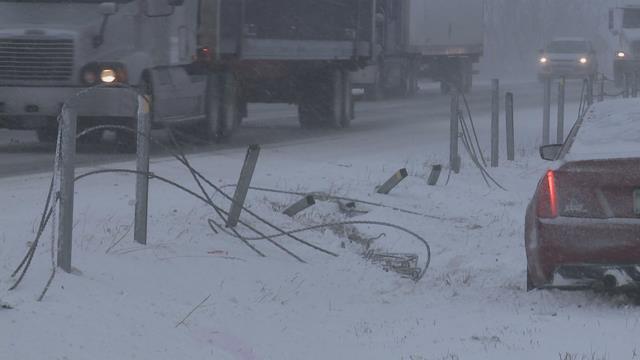 On Monday night drivers are being extra cautious. Memories of several people who were hospitalized after a 44 car pile-up along I-94 are fresh.

Berrien County Sheriff’s Department says by 4 p.m. they attended 76 car related incidents. 56 of those accidents came from high ways, a majority happening on I-94.

“It usually takes a wreck or two before people start slowing down,” says Bob Vansan, a tow driver with Rudell’s.

Vansan says on Monday drivers on I-94 have been more cautious compared to what he saw Sunday when working a 44 car pile-up.

“This is only the second time I have seen something this big and I’ve been doing this for five years now,” says Vansan.

After one person lost their life and an officer injured on Sunday near Hartford Michigan  drivers on I-94 are taking low visibility and snow covered highways seriously.

But even being cautious is sometimes no match for Mother Nature.

Vansan has some advice that’s always worth mentioning.

“Slow down, pay attention don’t follow to close and move over for flashing lights,” says Vansan.

The Van Buren Sheriff's Department says the officer injured during one of Sunday’s accidents on I-94 is no longer in the hospital and is at  home resting.