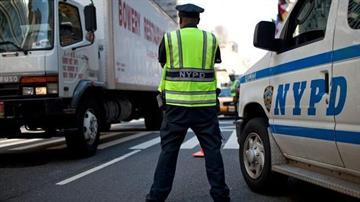 Officials have told ABC News that the suspects alleged to be plotting a 911 anniversary terror attack began their journey to jihad inside the United States, traveling to the al Qaeda stronghold in the tribal areas along the Afghanistan/Pakistan border in the late summer before returning to the United States on Aug. 30 or Sept 1.

This more specific information comes from the same CIA informant who said three people were dispatched by al Qaeda to carry out a bomb plot in either New York or Washington, and has allowed the intelligence manhunters to narrow down dramatically the pool of names that could match the partial descriptions the informant provided.

ABC News reported Friday that one name may have been identified already -- about a day after the hunt began in earnest. The hunt has included an analysis of flight logs and other documents

The intelligence from the informant, who is considered reliable by the CIA, led to the national state of high alert over the possible terror strike on the anniversary of 9/11, but the informant's information itself may be secondhand, ABC News has learned.

Despite the secondhand nature of the source, the high quality of the information led authorities to deem the threat credible, if uncorroborated, and triggered the massive rapid police response in Washington and New York, and the all-hands intelligence community and law enforcement manhunt.

"What's striking about this particular information is its clarity," a senior official told ABC News. "Usually intelligence comes in bits and pieces and officials have to connect dots. Here, I'm told, there were no dots to connect, there was so much detail in one place at one time. It was all laid out. If it's a plot it is well-planned and there's an intention to go forward with it. If it turns out not to be real then it's definitely not. There is no middle ground."

With the anniversary less than 24 hours away, officials say they have no choice but to act as if the threat is real and the clock is ticking.

"Al Qaeda again is seeking to harm Americans and in particular to target New York and Washington," Secretary of State Hillary Clinton said Friday in New York. "We are taking this threat seriously. Federal, state and local authorities are taking all steps to address it."

It was only four days ago, on Wednesday in Pakistan, according to officials, that the CIA developed the information about a possible al Qaeda terror plot targeting the United States.

Three men, including at least one and maybe two American citizens, had allegedly travelled to the United States in mid-August, from Pakistan through Dubai, assigned to attack New York or Washington with a vehicle bomb on Sept 10, 11 or 12.

Late Wednesday night, the intelligence was relayed to Washington and CIA headquarters.

Early Thursday, at the White House, the president and the vice president received the first of several briefings on the threat.

Around 7 p.m. Thursday, as the president arrived to address Congress, the FBI and the CIA were in high gear.