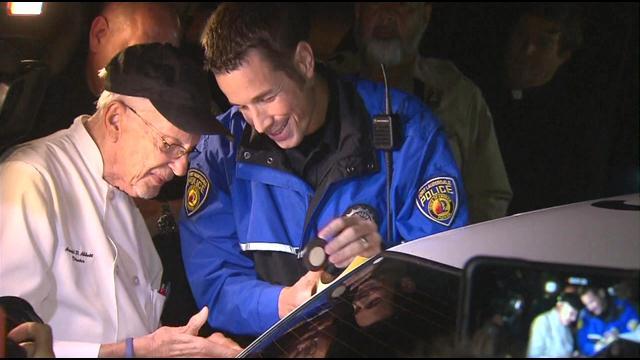 A Florida man has been arrested twice for feeding the homeless.

90-year-old Arnold Abbott has been feeding and ministering to the hungry at a Fort Lauderdale Park for over 20 years and was arrested for violating a new city ordinance which makes it a crime to feed the homeless in public.

On Wednesday night, Abbot was cited and fingerprinted for feeding the homeless in his area for the second time in a week and says this will not stop him from helping those in need.

“Will you be coming back to the beach?” a reporter asks.

Abbott responds saying, “You bet your life. I'm going to fight for the beach as long as there's breath in my body.”

He could face up to 60 days in jail for feeding the homeless.