90s common in 2020, but Michiana avoiding the triple digits 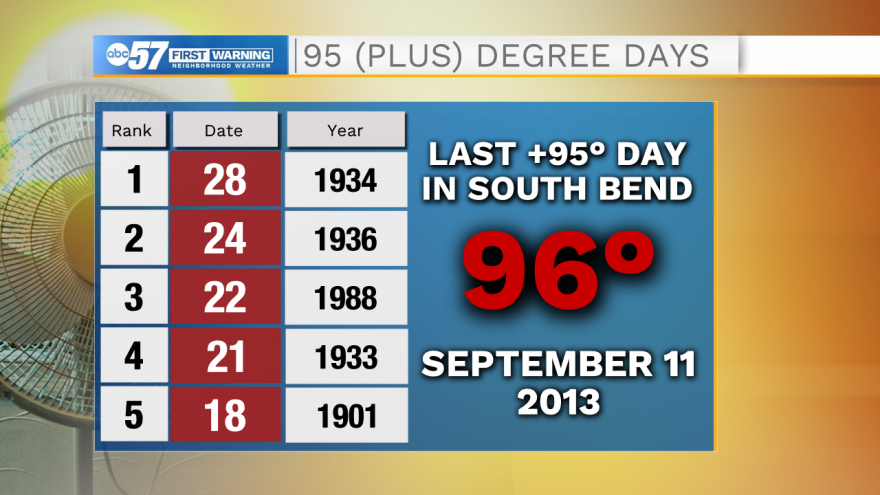 Once again temperatures hit 90 degrees in South Bend on Wednesday. Highs have now reached or eclipsed 90 degrees 20 times in 2020. That is well above normal for a typical year, and the first time we’ve had 20 or more days of 90-degree heat in a year since 2012. 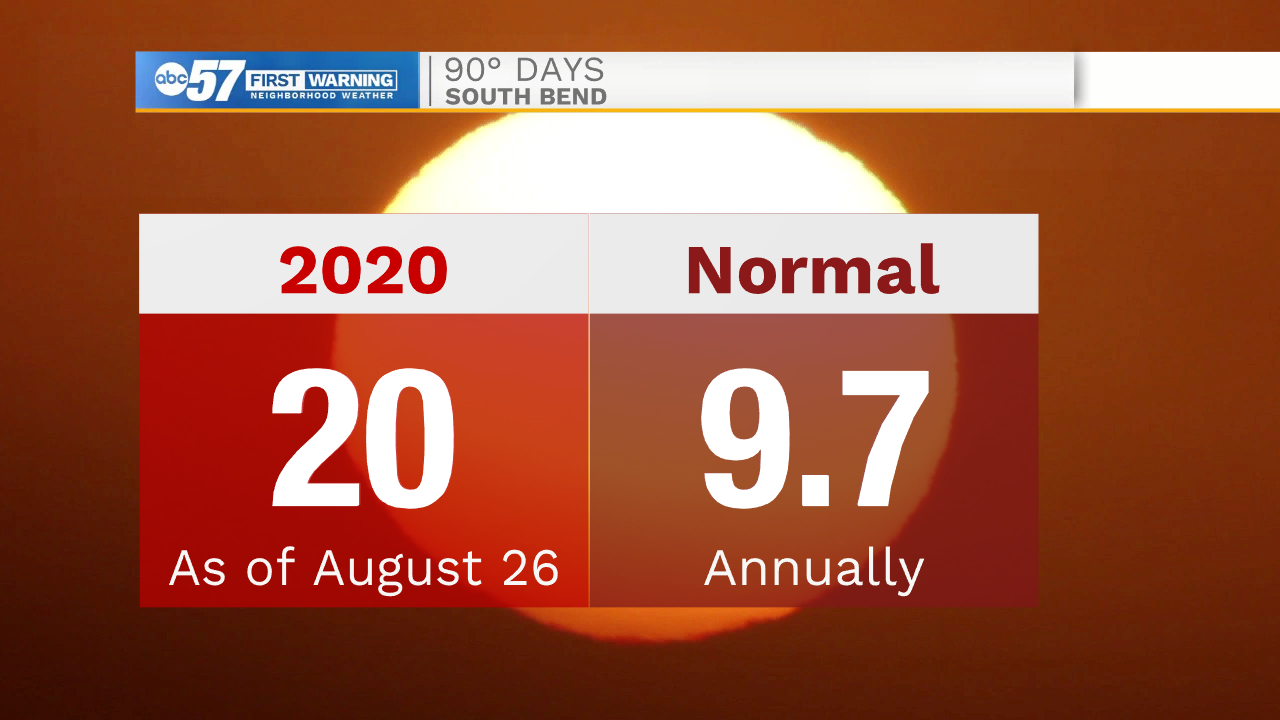 Temperatures today brought South Bend’s ranking up to 14th place as far as the warmest summer on record. And, up until this point, we’ve had the 10th warmest year on record, with still four a couple of months to go. 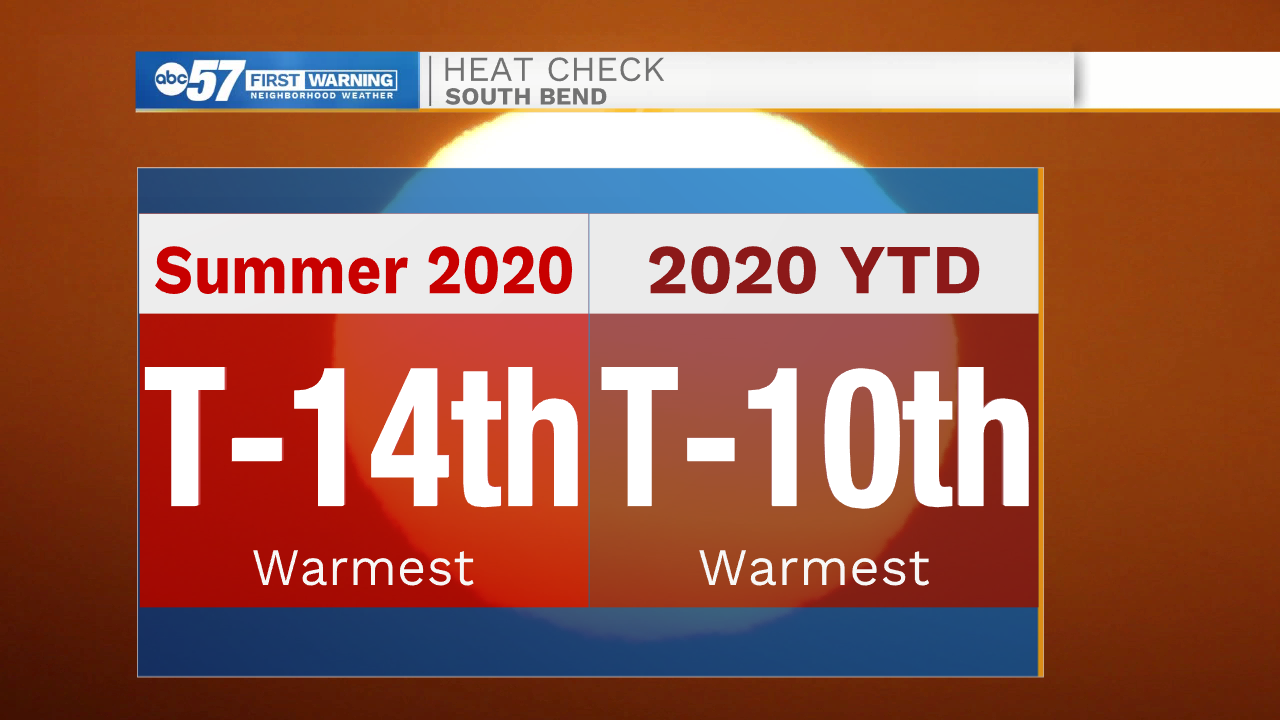 We fell just short of the 95-degree mark Wednesday in South Bend (the high at the airport reached 92).

Reaching 95 degrees doesn’t happen all that often in Michiana. We have to go back to September 2013 for the last time we hit 95 or above. 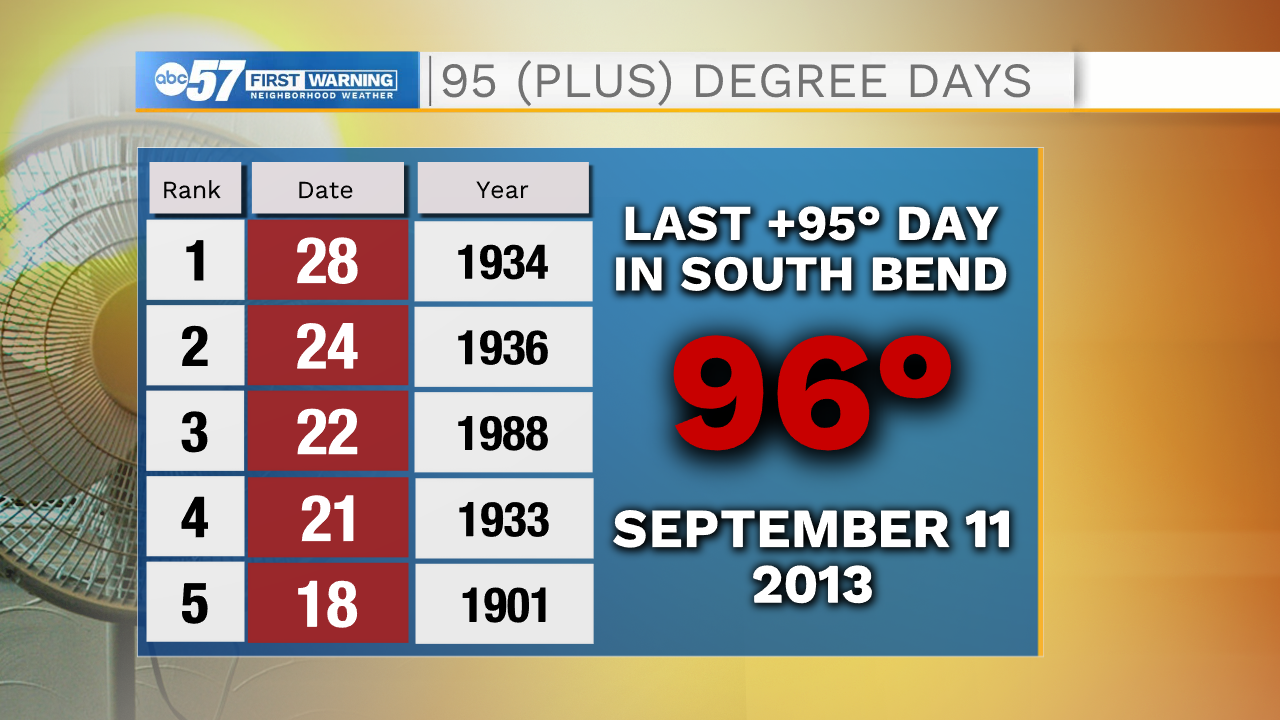 It’s been a while since triple-digit heat has visited South Bend, too. The last time temperatures hit the 100s was in July of 2012. Once again, the mid-1930s hold the record for most 100 degree days. But, more recently, 2012 and 1988 both had four days of triple-digit heat across Michiana. 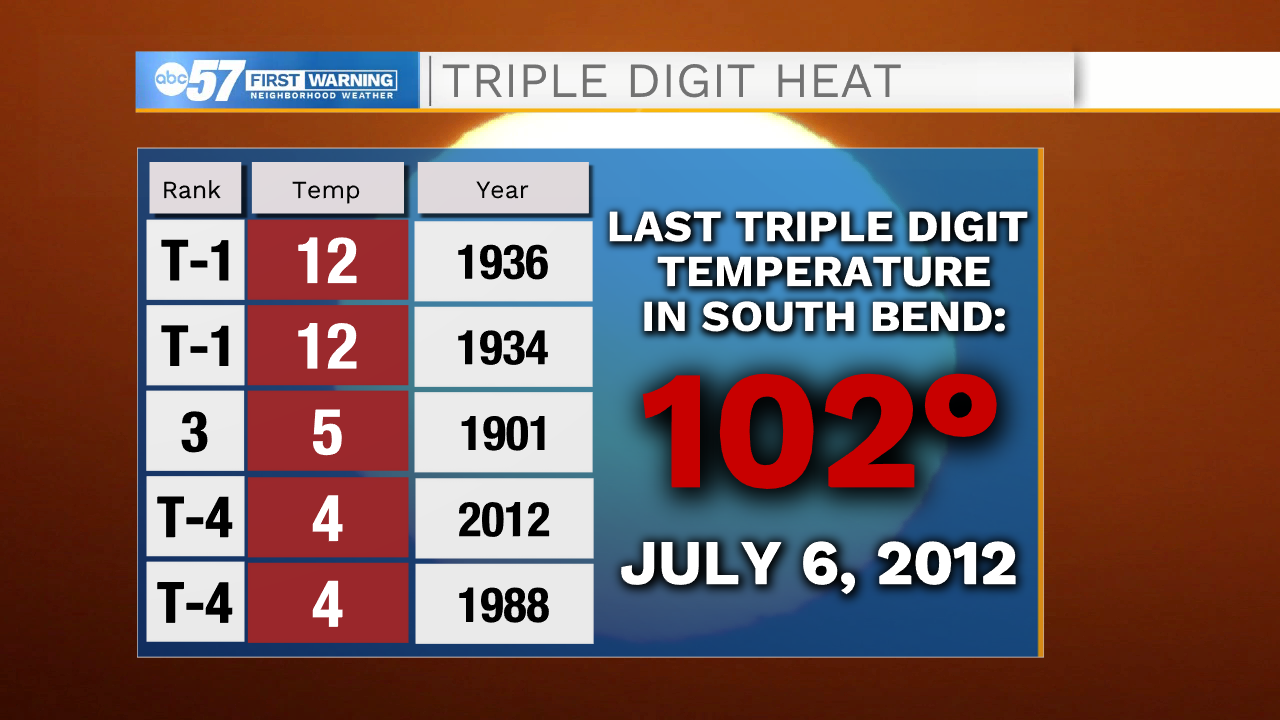 So, what do all these hot years have in common?

All of these years are times of extreme drought.

The reason why we didn’t warm up all that much past 90 today was that it was so humid. The sun has a tough time warming up the ground if it has water content in the air to contend with. Dry air warms up faster than humid air.

All of the years that have these heat records were historically dry and had pretty historic drought. 2012 was the “Flash Drought” that affected the Midwest and 1988 was the North American drought which basically affected everybody in the United States. 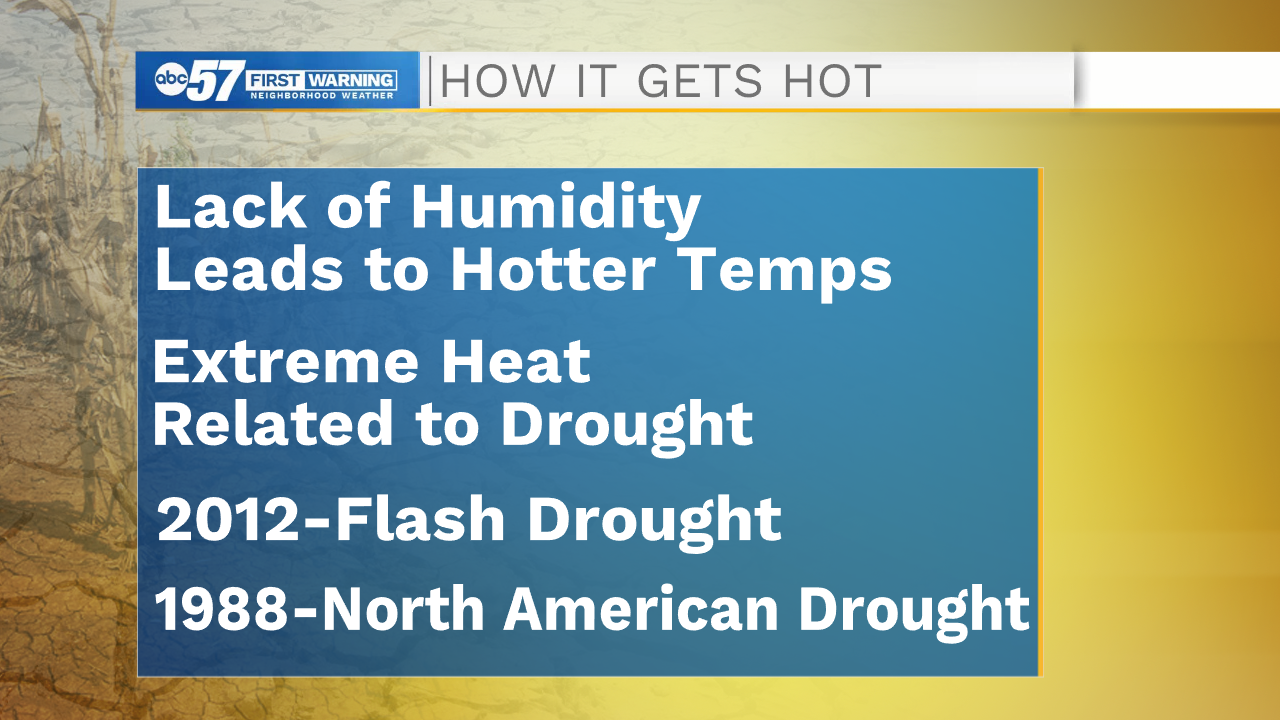 So, we might have some more 90s ahead of us. As far as the triple digits go, however, it looks like we’ll have just enough humidity in the air where we should avoid those numbers.