90th anniversary of "The Four Horsemen" 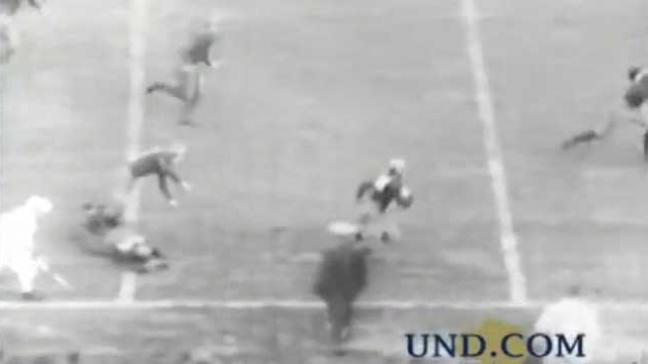 Fighting Irish football fans know Saturday's match-up is going to be one for the books, but Oct. 18 also is a special anniversary in the team's storied history.

90 years ago this Saturday, the Irish were at Army's Polo Ground making history.

Spectators wrote that it was almost magical when four players took the back field: Harry Stuhldreher, Jim Crowley, Don Miller and Elmer Layden.

Newspaper writers would go on to dub the quartet "The Four Horsemen"; the name stuck, and the four's plays in the back field carried the Irish to their first ever National Championship game.

The winning season set the team up to bring home ten more championship trophies in the ten seasons that followed.