As Hurricane Irma moved into the Florida peninsula a couple of days ago, something very strange happened along the state's gulf coast.

In Tampa Bay, the waters that usually surround the city was missing for a few hours as Irma passed over the city! Videos of the event showed only the sandy floor of the bay as the water was practically "sucked" back out to sea. 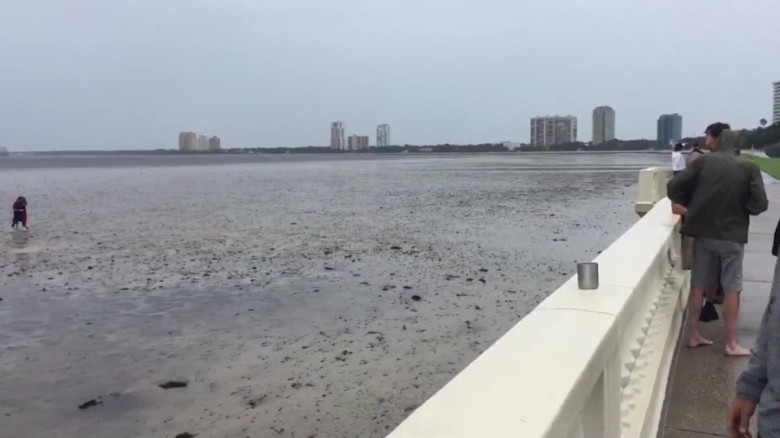 People were walking on the sandy surface as waters were pushed out to sea thanks to Irma.

What happened to the water?

This is a side effect of something called negative storm surge. As a strong, major hurricane moves onshore, areas north of the eye of storm see wind whipping offshore, pulling the tide farther away from the coast. Many people regularly confuse this with the early signs of a tsunami, but this event was only directly related to Hurricane Irma.

As the storm continued to move northward, the strong wind shifted back around, now blowing from the ocean to land, and pushed all that water back into the bay and beyond. The storm surge along with high tide forced feet of water into city streets along both coasts of Florida.

Contributions on this story by: Emily Kennedy 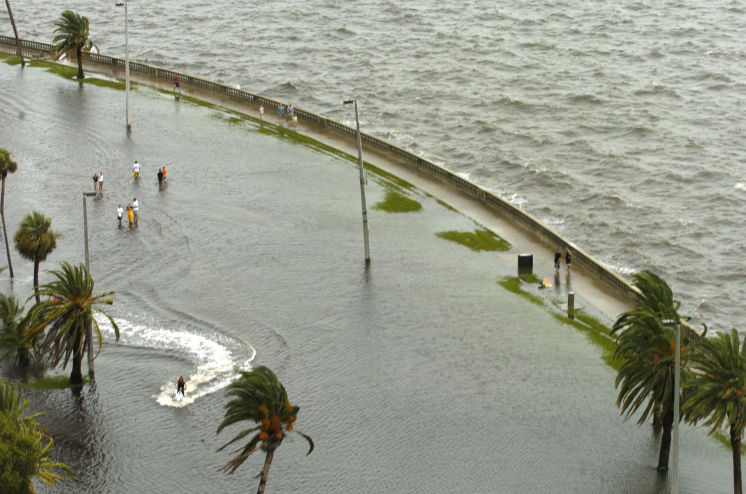 Once the winds shifted around, water slammed back into the bay and onto city streets.

Contributions to this story also made by: Emily Kennedy
Share this article: