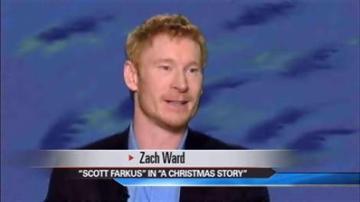 The bully from from the holiday classic "A Christmas Story" is in the middle of a grown-up fight. Zack Ward, who played Scott Farkus in the 1983 film is suing a movie merchandising company for fraud.

The actor claims the maker of a board game of the movie used his image without his permission and without paying him.

"It's not the way you're supposed to treat people and in my gut it just felt unfair and it was the perfect example of being bullied," Ward said.

He said he did give permission for a seven inch action figure to be made, but he claims that company never mentioned the board game.