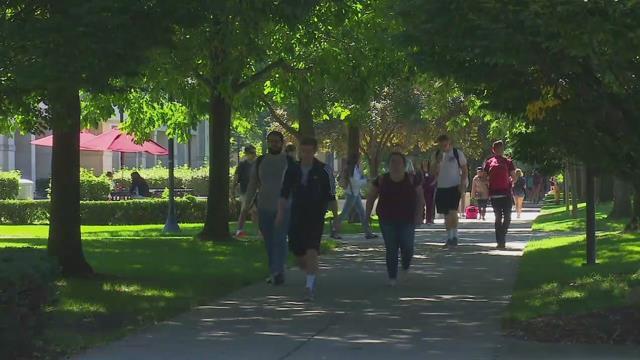 Seniff says the goal is to make students aware of the terrorism they will most likely work with.

Local law enforcement agrees, terrorism in the United States has changed their jobs.

“The last few years have taught us there is really no community that is necessarily safe from these,” says Assistant Chief Bill Thompson, St. Joseph County Police Department.

After incidents like the pressure cookers and pipe bombs found in New York City and New Jersey this weekend, the department will be looking over emergency plans.

“Since 9-11 all local departments and our area is no exception have gone through a pretty extensive planning process in terms of what would we do if,” says Thompson.

September 11th is a significant day for law enforcement and terrorism in the United States. Now many of the students studying criminal justice were only toddlers in 2001.

“Students need to be aware, I guess the basis of terrorism and that’s something that we have to live with on a daily basis, it’s really changed the way that American live,” says Seniff.

“This ties into criminal justice because for instance in the policing courses the local police are going to be the first responders,” says Seniff.

Seniff says many of his students will encounter terrorism in the future and with the way things have been he has no shortage of recent events to teach from.

“It’s something that is going to continue and something that we are going to have to learn to live with, The big advantage of teaching this course now is making students aware,” says Seniff.