A look back at July's numbers

NOW: A look back at July’s numbers

As we start a new month, it's a good time to take a look back at the month of July. For our high temperatures, we saw a pretty even split between above and below average days, as several rounds of high pressure kept us warm for a few days, with cold fronts and showers and storms knocking us back down. The most interesting result from the past month was our total rainfall amounts.

July started off on the wet side for some of us in Michiana. Areas along and south of Highway 30 saw many days of heavy rainfall producing flash flooding and ponding on roadways. Plymouth, Bourbon, Leesburg 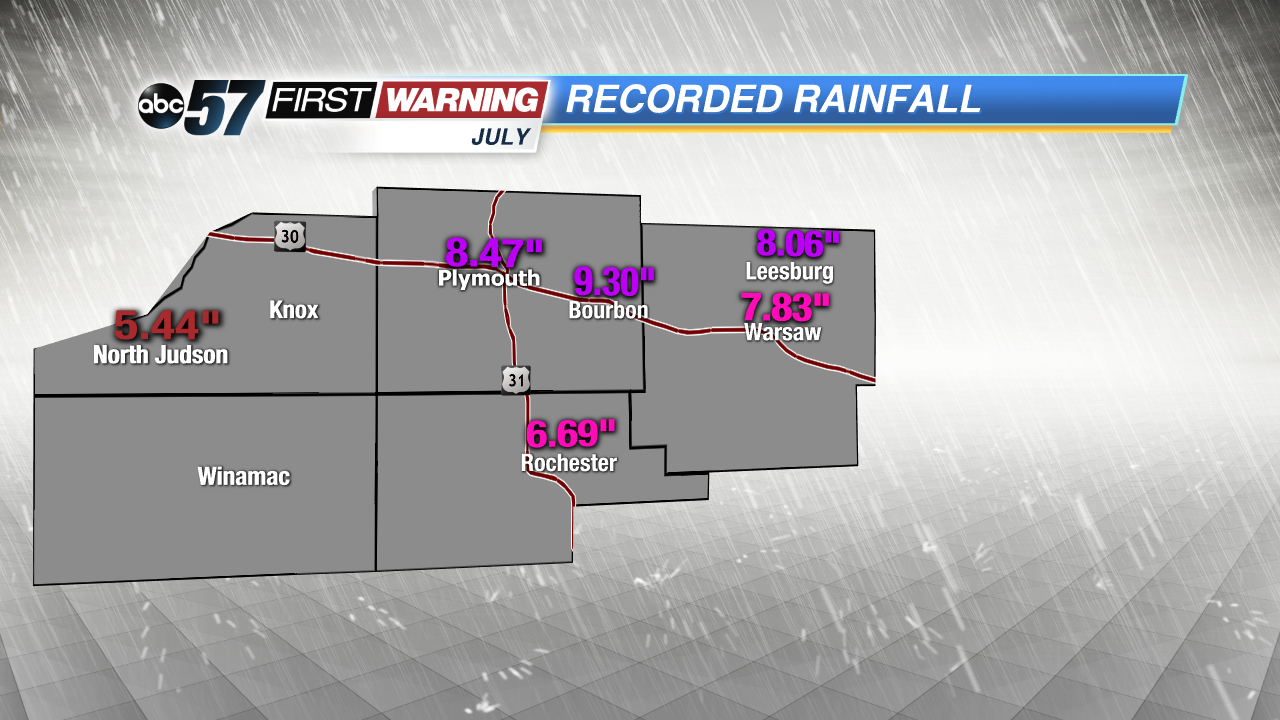 Flooding rains early in the month helped produced these high totals.
along with others had totals ranging from 7 to 9 inches by July 31st. South Bend and Elkhart had much lower amounts, only piling up 2 to 3 inches around the Indiana Toll Road. The Michigan counties saw a little bit more, as most stations reported 3 to 5 inches of total rainfall.

Moving into August, our temperatures are expected to trend on the warmer side, meaning that we could see the mid to upper 80s return before summer's end. 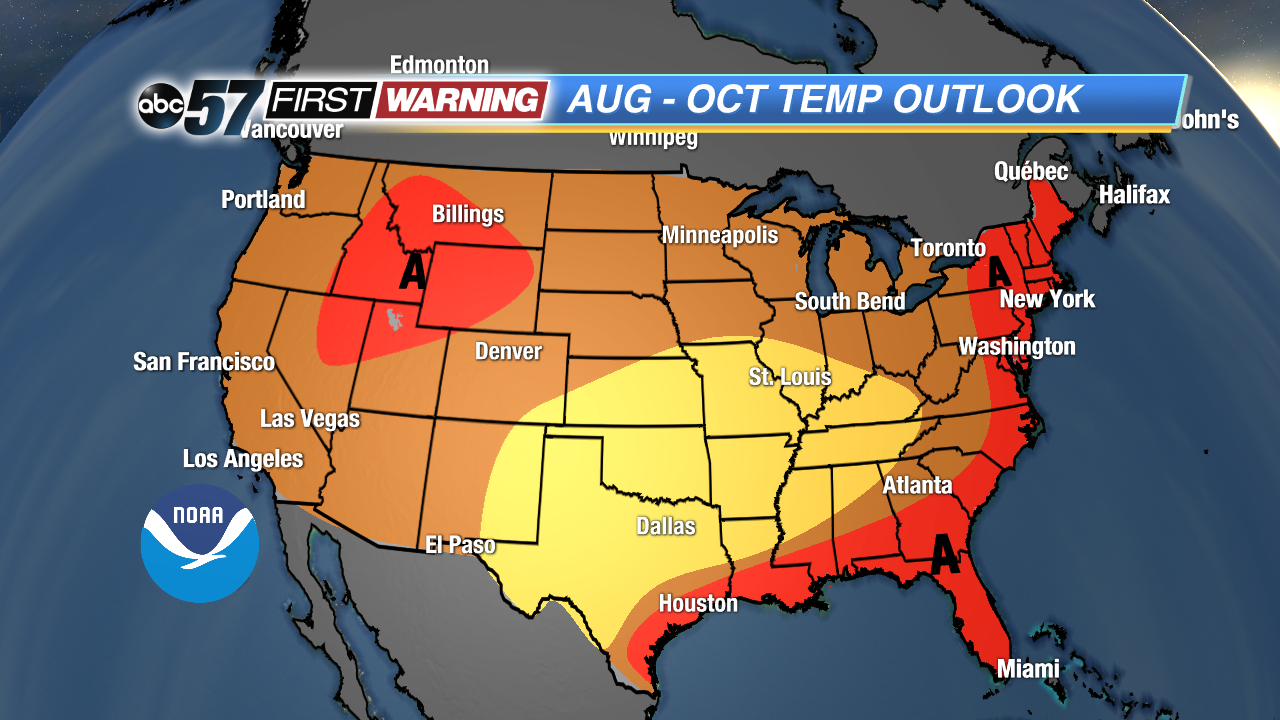 In August, we have a 40-50% chance of seeing warmer-than-normal highs.