A look back at the Michiana's Historic Flooding

NOW: A look back at the Michiana’s Historic Flooding

On August 15th, a year ago from today, rain began falling in Michiana just before noon. 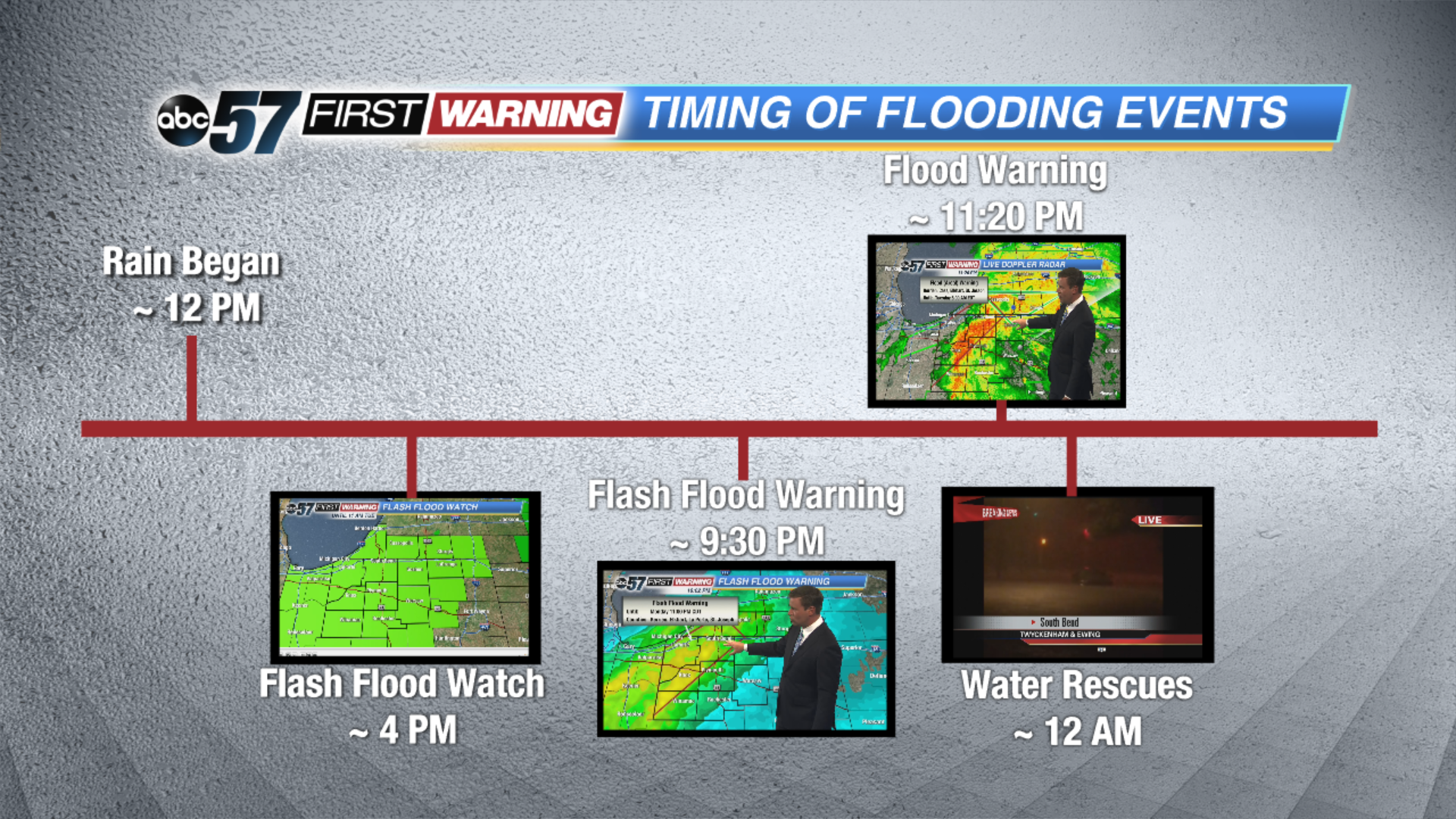 Heavy rain was in the forecast but it was the flow of moisture from the Gulf of Mexico that supplied an ample amount of moisture.

That in turn lead to an historic flood that is only a chance of 1/1000.

As rain began to add up and the ingredients for possible flash flooding were seen, a Flash Flood Watch was issued by the National Weather Service around 4 pm.

As the rain intensified around 9:30 pm the Flash Flood Watch was upgraded to a Warning for St. Joseph, Berrien, Cass, Laporte and Starke counties. 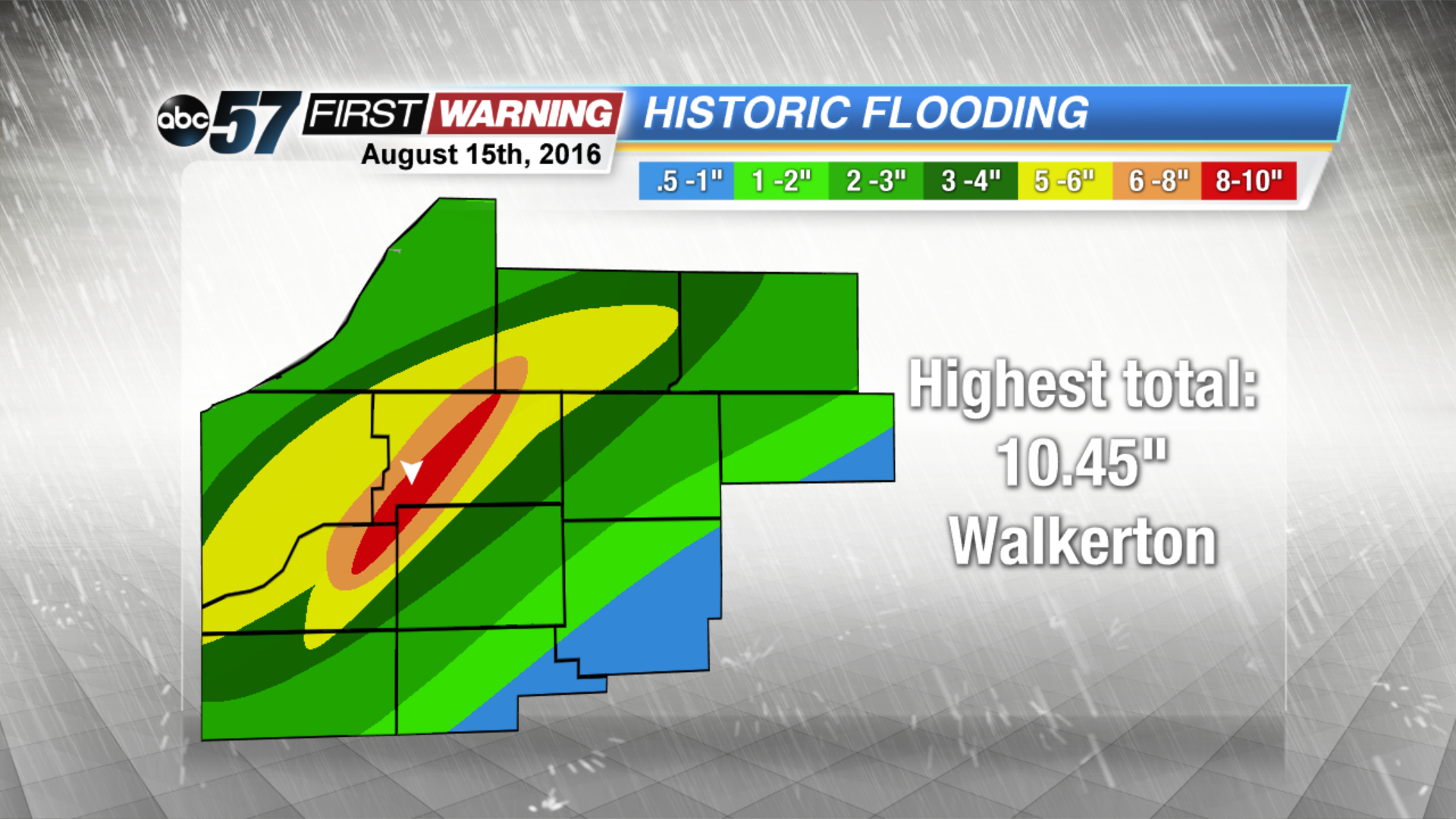 From that point forward, parts of Northwest Indiana quickly saw rain add up, leading to intense flooding and rushing water on the roadways. Just before midnight, Vahid Sadrzadeh was on the scene of the flash flooding.

On Ridge Dale Drive, Vahid talked to the fire department who reported 4 feet of water there.

When the rain had finally ended, Walkerton saw the highest rainfall total, coming in at 10.45 inches of rain! 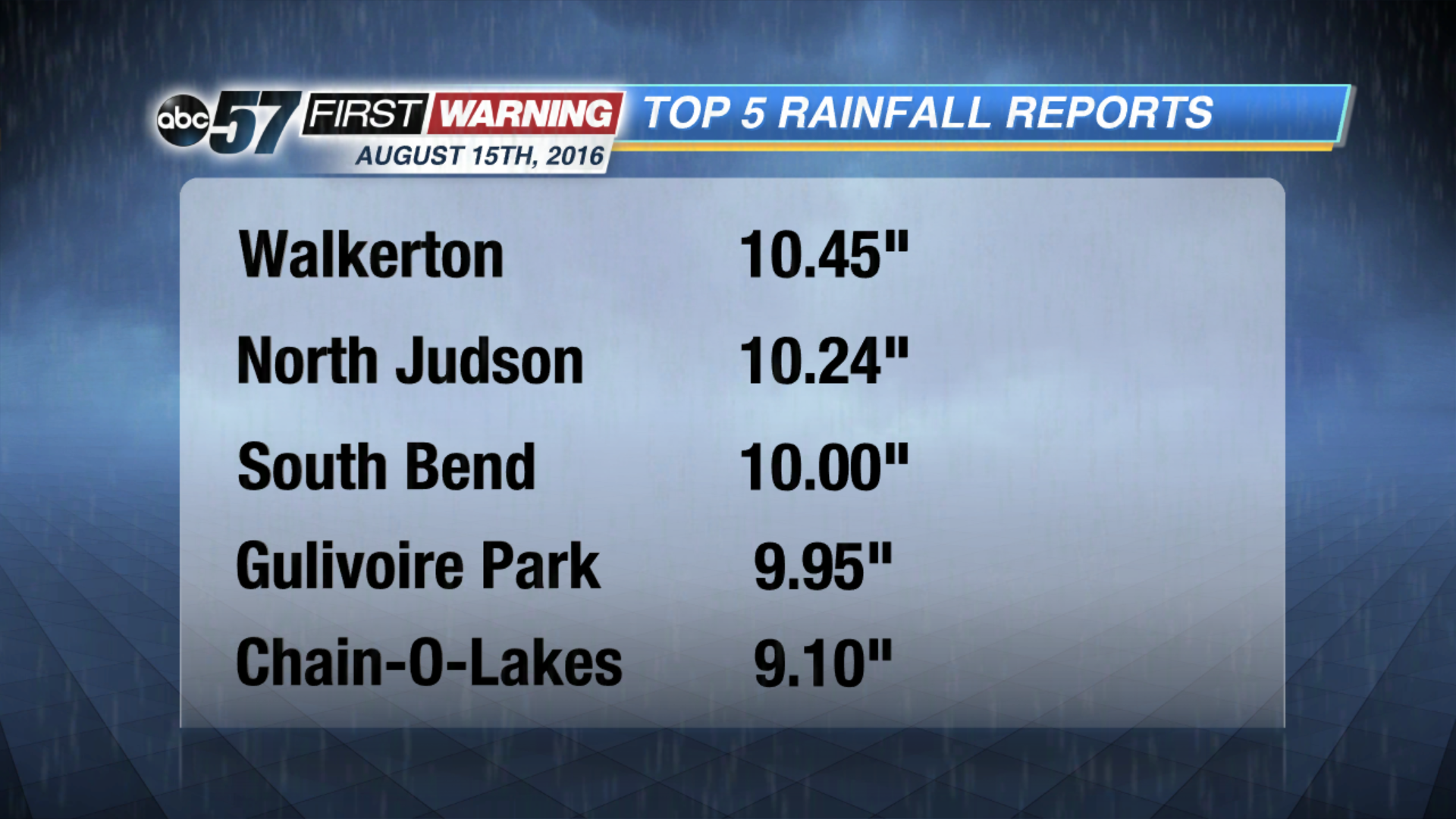 The highest totals across Michiana were seen in St. Joseph, Northeast Starke and Northwest Marshall counties.

Many were left cleaning up for weeks after that weather event.

Diana Gutierrez talked to a family who is still dealing with the impacts it left a year later. You can find her story by clicking here.