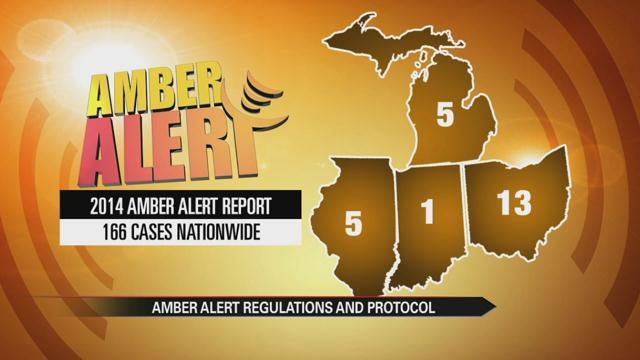 With the tragic deaths of the two Ft. Wayne children in Elkhart Monday afternoon, and the third amber alert of the year on Tuesday, questions have been raised about how the AMBER alert system works.

AMBER alerts notify the public that there is a missing child in danger.

In 2014, there were 166 cases nationwide, according to the National Center for Missing and Exploited Children.

But before an official alert is declared, a specific criteria must be followed.

For Indiana, the specifications require that:

Capt. Bursten says when the actual alert goes out, is dependent on when they can gather the necessary information.

"I have seen an AMBER alert issued a week later, because there was no investigative information available, that would have made the broadcast worthwhile," he says.

In the case out of Ft. Wayne, the alert was issued six hours after the young brother and sister were last seen.

Capt. Bursten says there was no mass alert, because those have to go through the National Center for Missing and Exploited Children, who require a confirmation on the suspected vehicle's license plate.  By the time that license plate was confirmed, the children had already been found deceased.

But he adds that the AMBER alert is only a small part of the investigation.

"There is a whole lot of work that goes into investigation these cases," he says. "All the AMBER alert does is make the message a little bit louder."