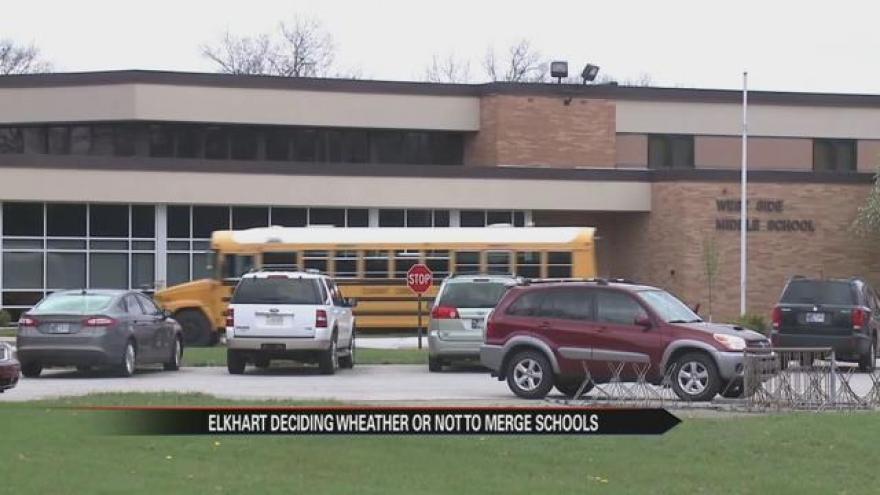 Elkhart Community Schools start in two weeks. While parents there are buying back to school supplies they also have some big changes on the back of their mind.

In April the school district announced the potential merging of both Elkhart High Schools, the expansion of the Middle Schools from sixth through eighth grade, and trying kindergarten through 8th grade in a few elementary schools.

This was all a part of a strategic plan that was supposed to be finalized by the end of the summer after eight community input meetings.

“I just want good education for the kids,” says Angela Whitlow of Elkhart.

“I hope my concerns were taken into consideration and I know they are still debating and discussing this stuff,” says Whitlow.

Superintendent Robert Haworth says these are issues that are now delaying the school board’s original late summer deadline for a final plan.

“We are a little but off of where we hoped to be in terms of completing the strategic plan but we don’t want to hurry it,” says Robert Haworth, Superintendent, Elkhart Community Schools

In regards to classroom configuration changes, parents won’t see anything different this year.

Mixing up the schools wasn’t the only change in the plans.

“Part of the strategic plans speaks to one to one technology and we see that hitting our schools this year,” says Dr. Haworth.

One to one technology means every student will have a tablet to use for learning.

So while students may be happy to have a new gadget, parents continue to live in limbo.

“Whatever is decided do what’s best for your family, if you don’t like it then change and if you do then stay it’s ultimately up to the parents,” says Whitlow.

Another change discussed was school times but school schedules will remain the same this year.

Dr. Haworth says by September he hopes the school board has a final plan.