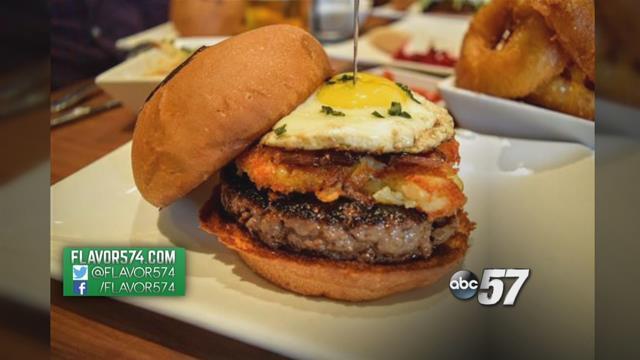 One of King's heroes, Alton Brown from the Food Network, helped craft a limited-time-only burger that's piled high with bacon, cheese, tater tots, more bacon, and finally, a gooey fried egg. But-- the ellusive burger is 90 miles away in Chicago's Wicker Park. King and some friends made the trip to the Windy City to taste the Umami burger for themselves. It didn't let them down, but King says you might not have to drive so far to get the same kind of flavors. Read his column to find out which Northern Indiana spots boast burgers that are some of the  best he's ever had.

Goshen Brewing Co. is barely a year old, but the owners are already expanding. For the first time, customers can take any of the company's craft beers to go in new crowlers. Not to be confused with growlers, the dark glass jugs traditionally used to carry out craft beers, crowlers are 750 mL aluminum cans. Goshen Brewing Co. is following in the footsteps of another local brewery, Iechyd Da Brewing, with the on-site canning technology. It's all in time for the brewery's first birthday bash set for next month.