A Utah nurse arrested for protecting her patient gets a $500,000 settlement 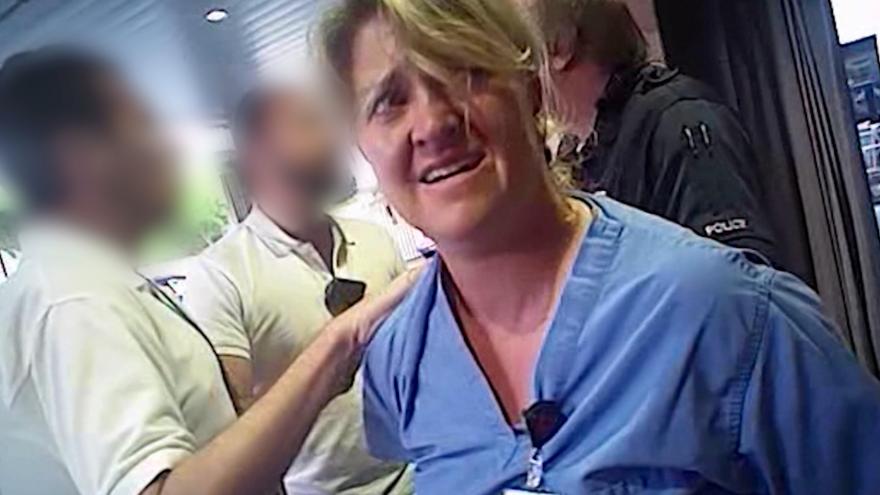 (CNN) -- A Utah nurse who was forcibly arrested when she refused to let an officer draw blood from an unconscious patient has reached a settlement worth half a million dollars.

Alex Wubbels reached an agreement with Salt Lake City and the University of Utah following the videotaped and highly-publicized arrest at the univesity hospital's burn unit.

The city and the university will split the cost of the settlement evenly, said city spokesman Matthew Rojas.

At a news conference Tuesday, Wubbels said she's glad to put the incident behind her.

"I am obviously very grateful, would be the best word for it," she said. "Again, this landed in my lap. This is not something I sought out. I didn't seek out the last 4 months."

The footage and the aftermath

In the police body cam footage of the July 26 incident, Detective Jeff Payne handcuffed Wubbels and placed her in a police car when she refused to allow officers to obtain a blood sample from a crash victim at the hospital without a warrant. Wubbels screamed for him to stop as he forced her out of the door and dragged her to a police car.

Minutes later, she was released without being charged.

The footage of the officer handcuffing and dragging the nurse spread online, renewing the national debate over excessive use of force by police.

The officer was fired and his watch commander,Lt. James Tracey, demoted for violating policies.

"We are glad we could come to a resolution with nurse Wubbels," Rojas, the city spokesman, said.

Hospital policy specifies that to obtain a blood sample, police need a judge's order or the patient's consent, or the patient needs to be under arrest. The unconscious patient was not a suspect in the wreck that killed another driver.

What the video showed

In the police body cam video, Payne expressed repeated frustration after the nurse told him he would not obtain a blood sample.

Wubbels gave the officers a printout of the hospital policy for drawing blood and said their request did not meet the criteria.

When she defied the order to draw blood, Payne quickly walked over to her. The video shows Wubbels screaming for him to stop as he forced her out the door toward a police car.

The unconscious patient, later identified as Bill Gray, died September 25, the Rigby, Idaho, Police Department said. Gray was a reserve officer for the Rigby police. He was driving a truck -- his full-time job -- when the accident occurred.