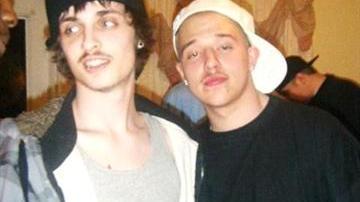 SOUTH BEND, Ind. - There have been six young people under the age of 25 shot and killed in the city since the start of the year.

The recent spike in crime has Antonio Niles speaking out.

Niles' best friend, Derik Lockhart, 17 a Mishawaka High School student was shot in the head during a fight, he later died at an area hospital.

"We were suppose to meet up at McDonald's and fight and they ended up pulling a gun, drove off and shot at the same time," Niles recalled.

Niles said the fight was over a girl. He said he never would have showed up if he knew that there were going to be guns. Niles said he and Lockhart were not  armed.

"It sucked, I mean, especially when you're sitting right there when it happened and the look in his eyes," said Niles.

The shooting happened between McDonald's and Pizza Hut on Lincoln Way East in Mishawaka.

Niles said he is coming forward because he wants others to know it's just not worth it, "It's stupid, people are wasting their lives for nothing.

Lockhart left behind a baby boy that is now being raised without him. Niles is living his life without his best friend.

"We had plans, you know, to go to college and stuff and help keep him on the right track.

A town hall meeting is scheduled for Thursday at 6:30 p.m. at the Kroc Center on Western Ave. Everyone in the community is welcome to attend.

ABC 57 News will have a crew at the meeting and bring you the details Thursday night at 10 and 11 p.m.