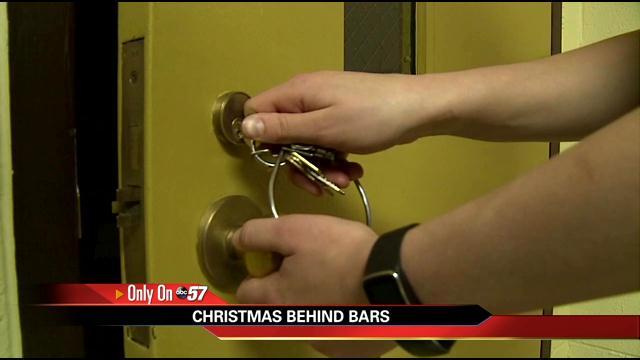 This time of year most parents are scrambling to do some last minute shopping but for mothers who are incarcerated, its a very different story.

Abc 57 News sat down one – on – one with women inmates who will be sitting in their cells this holiday instead of celebrating with their kids.

“You know that moment when I thought that I was invincible or that's not going to happen to me – it may have not happened that day or that week or that year, but eventually it caught up to me,” expressed Berrien County inmate, Rosanna Eingorn.

All of the inmates have a different story.  Today, Eingorn is clean –after battling a heroin addiction for ten years.

“I think everybody that's involved right now is just tired of the sorry's, I can say I'm sorry all day long but I haven't shown anything different,” Eingorn and other inmates opened up to Abc 57 News, in hopes of preventing another young woman from following their footsteps.

“Alcohol was the main reason, I made a bad choice while i was hanging out w people and drinking,” admitted 22 year old, mother of three, Tiffany Main.

Their vices differ but all of the inmates have one thing in common.  They are mothers.  And because of their decisions, their kids will wake up Christmas morning searching for more than just presents, they will be looking for their mom.

The inmates all said, as parents, the hardest thing about being incarcerated is that they are not the only ones being punished for their decisions.

“To my 18 year old daughter who has taken on a lot of responsibility, I appreciate you a lot and thank you,” was Tamala Davis' response when we asked if she had anything she would like to say to her kids.

This holiday, these incarcerated moms are asking for one thing—forgiveness.  And setting New Year resolutions that cannot be broken.

“I pray that I'll be around next year and I'll be able to watch her wake up and open up presents and give hugs and kisses, that's my goal,” expressed Eingorn before heading back to her cell.

Berrien County Sheriff Bailey says there are currently more women inmates in the Berrien County Jail than ever before.
Share this article: