Even though we've been in and out of the showers and thunderstorms, we still need the rainfall in northern Indiana and throughout the state of Michigan.

Take a look at some of these images and you'll see that areas right along the toll road are right on target, but there's a small bullseye of drier-than-normal conditions over Starke County. Much of southern Michiana is about an inch below normal. 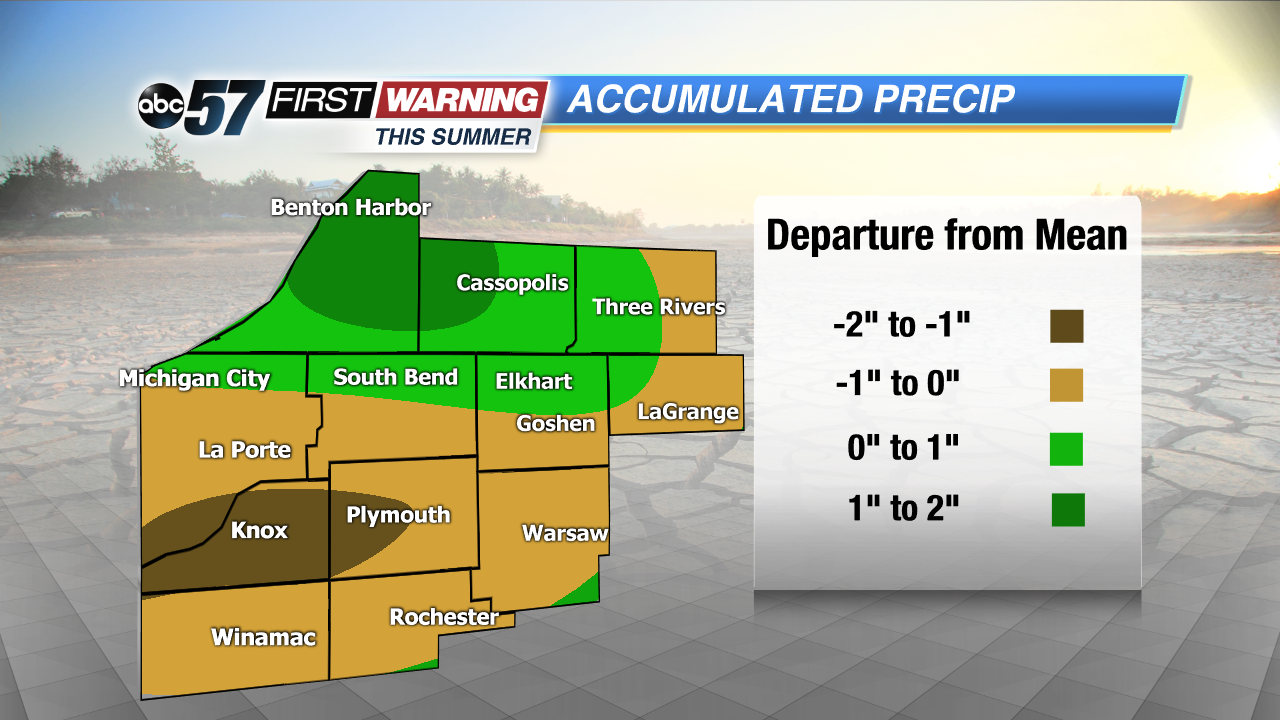 That might not sound like much of a difference but that small departure has landed these similar areas in the abnormally dry portion of the drought scale, meaning that we're in the beginning stages of drought. Most of Michiana is under the abnormally dry category on the recent drought monitor. 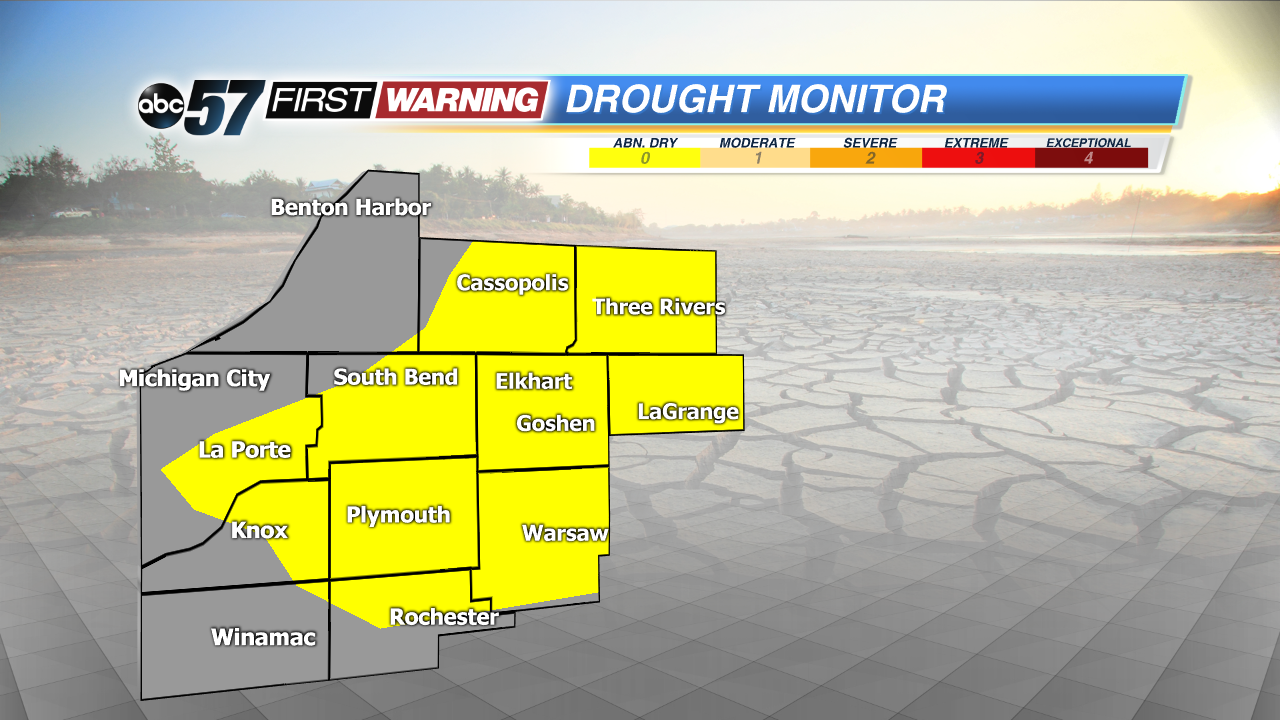 To put things into perspective, we will take a look at the total amount of rainfall over this summer in certain cities.Starting with Indiana first, you can see not many areas are considered abnormally dry. That is because some places, like south bend and Indianapolis, are just slightly above normal for this point in summer. For totals below normal, hose vary. Take Evansville, for example - they are only two hundredths of an inch below where they should be. But places like Fort Wayne are well below normal - they are roughly 2.5 inches below normal. 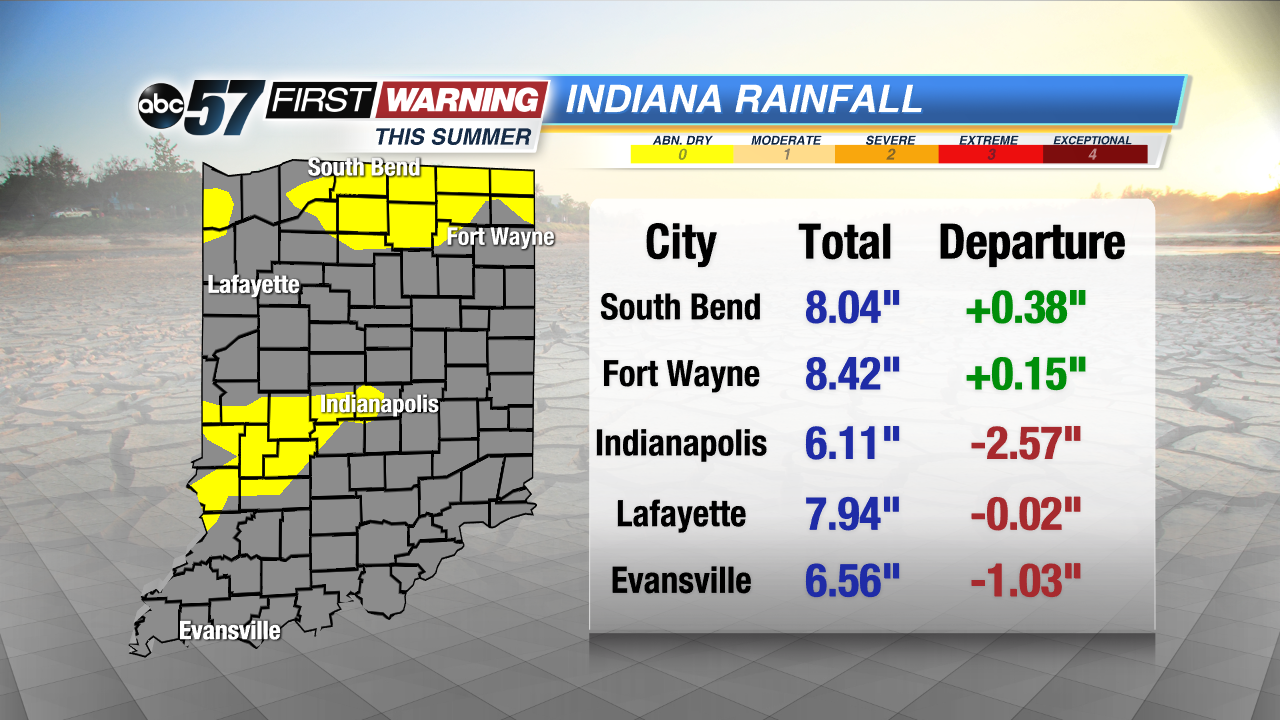 Michigan is no better - many places are anywhere between abnormally dry and being under a moderate drought. Kalamazoo is just six tenths of an inch below normal, but that does not even come close to Lansing - they are sitting almost at 4 inches below normal. 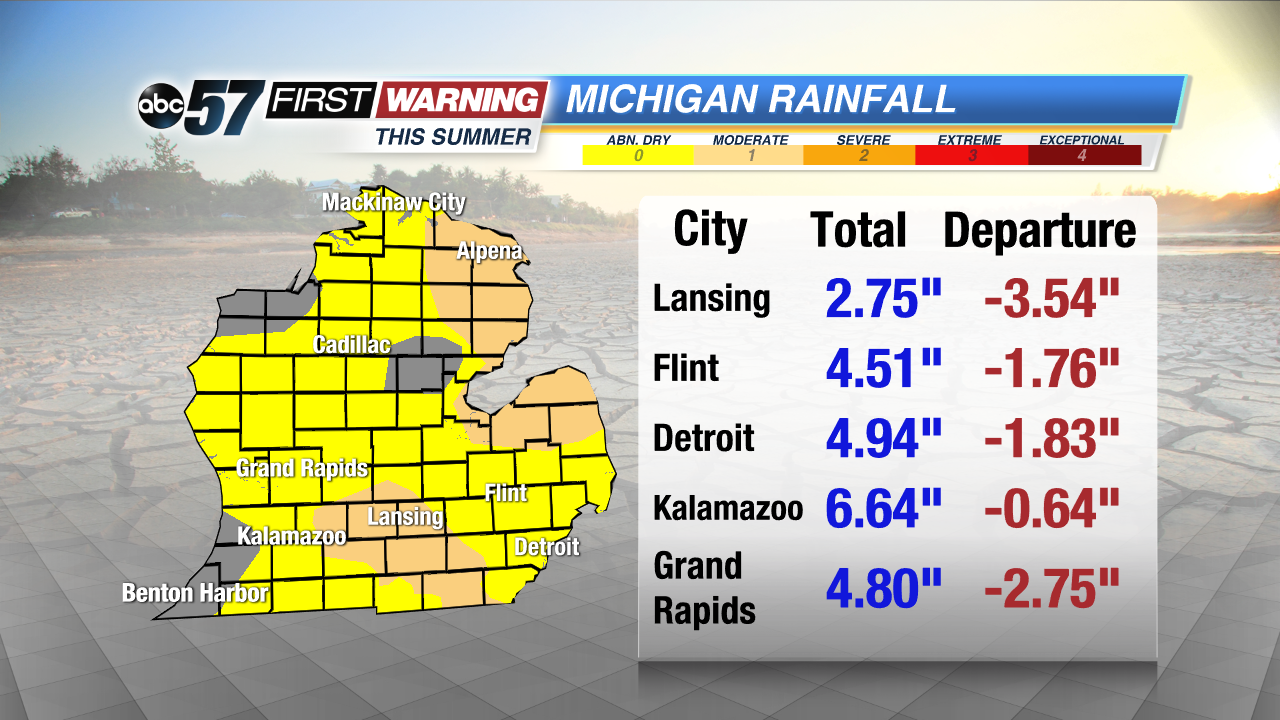 We do have some showers in the forecast the next few days - these probably won't help bring Michiana out of being abnormally dry.

More on the states of drought in Indiana and Michigan can be found here: