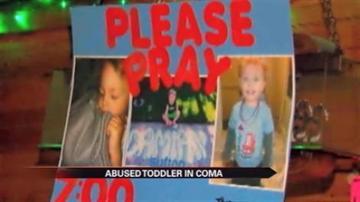 DETROIT -- There has been an outpouring of support for a Detroit toddler who police say was shaken and thrown by his mother's boyfriend.

Two-year-old Damian Sutton had emergency surgery Sunday to relieve swelling around his brain. He is currently in a medically induced coma.

"They were able to shine a light in his eyes and see his pupils dilate which means there is brain activity, which also mean the brain isn't completely dead," said Damian's father Timothy Sutton.

Doctors say it may be weeks before they know the brain damage Damian suffered.

A fundraiser is planned for Tuesday to help the family with medical bills.