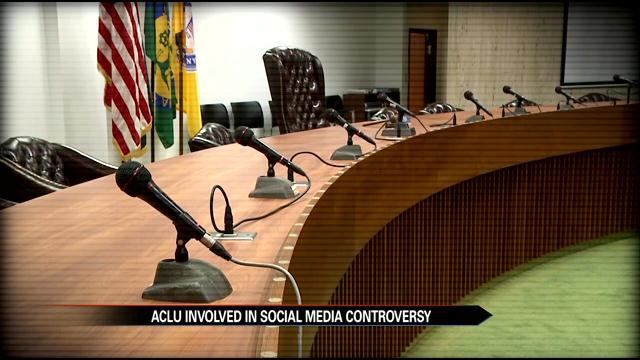 The ACLU has issued an opinion about the South Bend Common Council 's social media policy.

Council President Oliver Davis asked the legal team at the ACLU to take a look. The ACLU believes some of the guidelines are unconstitutional.

"I was concerned that may not have done all of their homework," said Davis.

Davis says he would like the Council to take more time to look a the bill before they pass it to make sure it falls in line with the law.

In a letter sent out by the ACLU on Tuesday, they highlighted key points they believe violate the first amendment.

ACLU's legal team says the council has no right to govern what council members do on their private computers or private social media accounts.

Tim Scott replied in a statement saying, "It is disheartening that the President of the Common Council took the first steps of choosing a lawyer to represent him to voice concerns regarding Bill No. 62-14; without having a discussion with me the author or with any of the co-sponsors of the bill; Karen White, Derek Dieter and Gavin Ferlic,"

Council President Davis says he's just trying to do the right thing for the Council.

"We would get sued. I don't want the council to get sued," said Davis.

But nothing is set in stone just yet.

"We welcome feedback and in keeping with the established procedures of the Council, open discussion with input from all will ensure that the final bill represents our best work," said Scott.

The ACLU says if the bill passes as it is now, they'll fight it.

You can weigh in on this bill at the Council meeting on December 8th.