Activists call for police officer to be fired 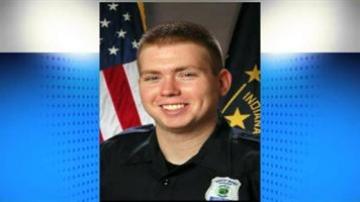 The press conference was prompted by the arrest of 55-year-old Thomas Stevens and his 76 year old mother Suzanne last week for resisting arrest and battery of an officer.

Thomas was hospitalized for injuries sustained during his arrest.

"We cannot allow one man to tarnish the community relationship of all law enforcement officers because of his misconduct and his acts," said Pastor Mario Sims with People Uniting for a Better Government.

"I'm asking everyone to rise up with one moral voice," said Teachman.

"He believed that the community should speak out with a moral voice. Chief we are doing that today," said Sims.

Thomas Stevens and his mother Suzanne were both injured during their arrests.

Thomas allegedly fled from police when an officer attempted to conduct a traffic stop.

The officer caught up with Thomas at his house.

Thomas was hospitalized after his arrest and doctors put him in a medically induced coma.

Suzanne also had bruises. Both say they were caused by Officer Knepper and they plan to go to court in April.

Sims says the group is singling out Knepper because his name has appeared on lawsuits before.

A year ago, he was accused of slashing a man's tires and forcing him to eat a spoonful of cinnamon.

Officer Knepper is back on the job after suffering injuries as well.

When the media asked Tim Corbett about the case, he said he doesn't want Knepper painted as the villain.

"We don't manipulate. Whatever the facts are, that's what you're going to get," said Commander Tim Corbett of the Saint Joseph County Metro Homicide Unit.

We asked Knepper for a comment. He said he appreciates being asked for his side of the story, but he cannot comment because of department police.

He said more will become clear when his personnel file and the findings of the investigation are released.